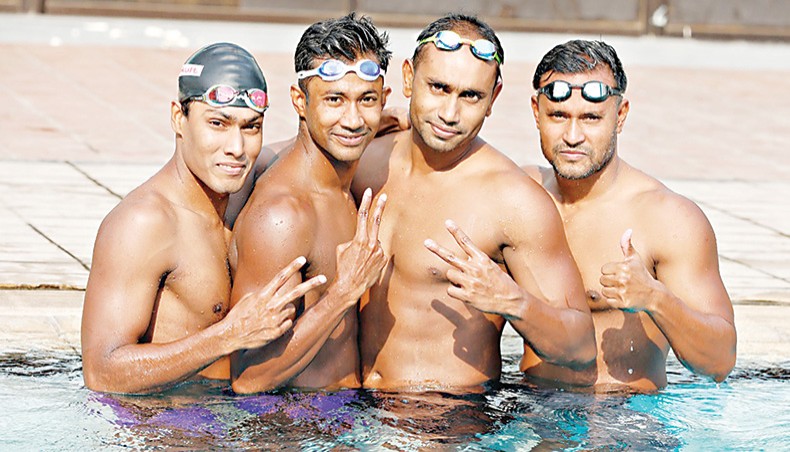 On Monday, Bangladesh Ansar pair of Shana and Najmin Khatun lost to Beauty Roy and Muhammad Tamimul Islam of Police by 5-3 set points in the recurve mixed team event.

Earlier on Sunday, Shana was eliminated in the pre-quarter-final stage of his favourite men’s recurve event after losing to Dhaka Army archery Club’s Juel Khan by 6-0 set points.

Army’s Jewel Ahmed broke his own record in the men’s 50-meter backstroke event, with a timing of 27.97 and his team-mate Foysal Ahmed clocked 4:18.2 minutes in the men’s 400m freestyle, surpassing his own previous record.

In the final day in shooting, Army continued its domination as it bagged 18 medals – eight gold, five silver and five bronze – out of a possible 48, which included 16 gold medals.

In the women’s 25m air pistol, Ardin Ferdousi Akhi of Kustia Rifle Club won gold with a score of 551 points.

In men’s cricket, Jahangirabad Central Zone defeated Varendra North Zoneby by three wickets in their second match at the at the Shaheed Abdur Rab Serniabat Stadium in Barishal.

Magura district clinched the women’s football title after beating Brahmanbaria district by 3-2 goals in a tie-breaker at the Bangabandhu National Stadium on Sunday night.

The stipulated time ended on 1-1 with Jesmin Akter and Arpita scoring for Brahmanbaria and Magura respectively in the first half.

Previously, Magura stormed into the final defeating Ansar and VDP by 5-0 goals in the semi-final while Brahmanbaria defeated Rajshahi by 4-3 goals on penalties after the stipulated time ended 1-1.