How China is going to reshape Asia 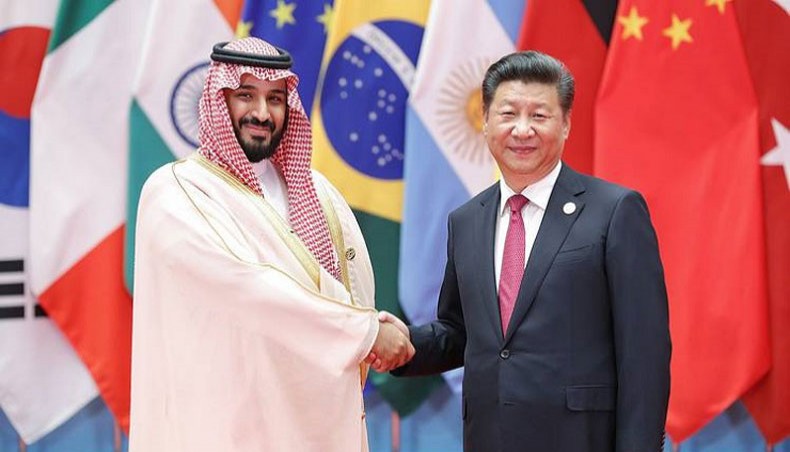 It would be wrong to grasp China-Iran deal as an isolated event. The fact that Wang’s toured Iran, Saudi Arabia, Turkey, Oman, and the United Arab Emirates shows how China is embracing the region as a whole through a single framework of policy that is very largely underpinned by economic development, writes Salman Rafi Sheikh

WITH China and Iran signing a multi-billion dollar deal for the next 25 years, there remains little gainsaying that the former is going to increase its footprint in West Asia/Middle East in a way that once was thought to be unimaginable for reasons that included China’s own economic policies and West Asia’s too close ties with the West to allow for any players. Forces of economic change that China is unleashing will not only become a massive boost for Iran, but Iran will become a gateway for China’s further expansion into the Middle East, including countries, such as Saudi Arabia and the United Arab Emirates, that Iran rivals. For China, its presence and expansion in the Middle East is not merely about economic benefits; this presence is equally driven by the emerging US-China global rivalry and China’s desire to push back against erstwhile US hegemony and domination of the Middle East since the Second World War.

As such, when China’s foreign minister went on a tour to the Middle East last week, he was not merely looking to sign a deal with Iran; he was more interested in and largely focused on introducing new rules of the game that focus, first and foremost, on economic engagement and connectivity. Rather than traditional Gulf tensions. Therefore, while Wang Yi met Saudi Arabia’s Crown Prince, MBS, and supported Saudi stance to oppose any ‘interference’ in the internal affairs by any external player, Wang also offered MBS, who is currently not on good terms with the Joe Biden administration, an opportunity to engage with China ‘to explore and find a path of development that fits its own conditions.’ This path, as Wang emphasised in an interview with Saudia’s official news channel, Al Arabiya, can be found only when Gulf countries can ‘break free from the shadows of big-power geopolitical rivalry and [be able to] independently explore development paths suited to its regional realities.’

As it stands, China has offered Saudi Arabia the same path it has signed up with Iran. Therefore, China, while it does not want to get entangled in the cross-web of geo-political rivalries in the Persian Gulf, aims to chart a new course whereby countries in the region can stick to an agenda that maintains a strict separation between geo-economics and geo-political and/or ideological rivalries including those around Sunni and Shia faiths and organisations like Muslim Brotherhood.

Therefore, while China signed a multi-billion dollar deal with Iran that includes development projects and enhanced oil production and supplies, China’s growing ties with Saudi Arabia, too, include an increasing Saudi desire to enhance Saudi supply of oil to China and secure Chinese investment in fields ranging from petrochemical, nuclear energy and other energy fields, further expanding it into new fields such as 5G, telecommunication and digital technologies. Saudi Arabia, MBS affirmed, is also willing to make joint efforts with China to push forward the free trade negotiations between China and Gulf countries.

Therefore, by offering both rivals a somewhat similar paradigm of economic development that bypasses geo-political tensions and rivalries, China is building an economic landscape that would leave minimum room for external payers, like the US, to continue to manipulate the Gulf to its advantage as it has been doing for the past many decades.

As such, whereas Chinese investment in Iran offers the latter an opportunity to break economic shackles imposed by the US through economic sanctions, for Saudi Arabia, China offers an opportunity to reshape its ties with the US at a time when the Joe Biden administration appears unwilling to accept MBS as the future king.

By offering states in the Gulf an opportunity to diversify their external geo-economic ties and reduce dependence on the US, China is posing a serious challenge to the US position in West Asia, which has mostly relied on using the precarious geo-political scenario to keep itself militarily entrenched and maintain a relationship that served, first and foremost, the US military industrial complex. At the same time, for the Middle Eastern states, China’s economic path is a way out of their decades old reliance on oil as a primary source of national income.

For China itself, it is pivoting to the Middle East at a time when the Joe Biden administration is trying to assemble an anti-China coalition through the Quad, a group of countries that includes the United States, Japan, India and Australia. China, by simultaneously approaching rival countries like Saudi Arabia, Iran, Turkey and the UAE, is posing a counter-challenge to the US ambitions, making it more and more difficult for the US to realise its ‘containment’ of China ambitions at global level.

The fact that China’s multi-billion dollar deals have received a very warm reception speaks volumes about how the Gulf itself is keen to transform its geo-economic landscape. In this sense, China-Gulf ties become, unlike US-Gulf ties, a fruit of a path that converges to serve mutual interests.

China’s pact with Iran and its deepening ties with other Gulf countries, therefore, has the potential to completely upend the prevailing geo-economic scenario. With the Gulf countries’ ability to diversify their ties and radically reduce their over-dependence on the US, the region’s geo-political scenario could also undergo a dramatic change.

Therefore, it would be wrong to grasp China-Iran deal as an isolated event. The fact that Wang’s toured Iran, Saudi Arabia, Turkey, Oman, and the United Arab Emirates shows how China is embracing the region as a whole through a single framework of policy that is very largely underpinned by economic development. The fact that Saudi Arabia, to China’s utter joy, even refused to back US campaign against China’s alleged ‘genocide’ of Uyghur shows how China, to the disappointment of the US, continues to earn more and more acceptability.