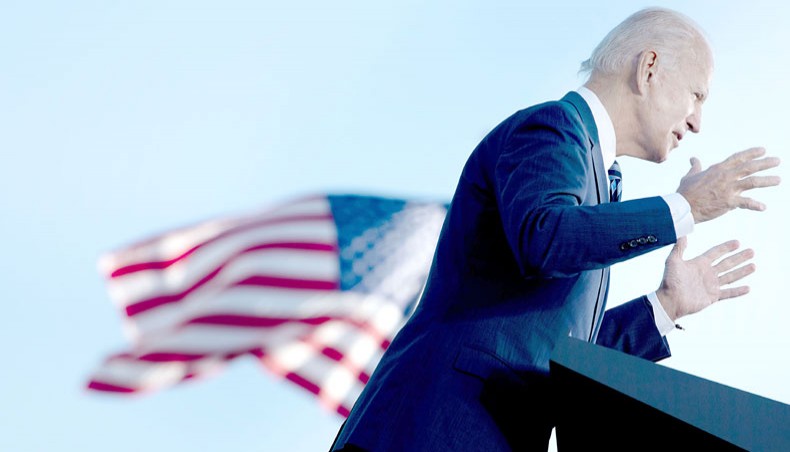 THE US struck a poor low in the conduct of diplomatic relations recently. One thought that president Joe Biden would break with his predecessor Donald Trump’s crudeness. Its senior officials met senior officials of China last month on American soil. The talks were supposed to break the ice in their relations. Tradition requires extra civility for such openings. The US delegates began with uncalled for uncivility to China’s top diplomats. The latter gave back as good as they got.

Since George HW Bush, America’s presidents have revelled in calling heads of other states names; from Iraq’s Saddam Hussein to the leaders of North Korea, Iran and others. If this exercise was designed to promote America’s interests, the gains were not visible.

Diplomacy is a blend of words and actions. When Anthony Eden, otherwise a highly cultured man, called Egypt’s president Gemal Abdel Nasser names, the astute ones predicted he had forsaken diplomacy and was sold on war. But the boorish language of recent American vintage does not presage war. It is intended to browbeat in the game of negotiation. Sparta’s leaders’ response to the verbosity of a mission from the island of Samoa is a classic of its kind: ‘We have forgotten the beginning of your harangue; we paid no heed to the middle of it; and nothing has given us pleasure in it except the end.’

Romans housed ambassadors in rat-infested buildings. China was barely civil to foreigners. In modern times, Nikita Kruschev flouted all the norms of civility. While on a visit to Beijing in 1959, he shouted at Marshal Chen Yi, ‘Don’t try and spit at me. There isn’t enough spit in your mouth for that.’ As the Sino-Soviet Cold War became fierce, the Soviet foreign minister Andrei Gromyko lamented that even in the worst days of the Cold War, western spokesmen never used the language that the erstwhile friends (China) did. Gromyko himself could be very rude. He told Pakistan’s diplomats during the crisis in East Pakistan in 1971: ‘Note I did not use the word “please”.’

There was a time when the British set high standards of civility and wit in diplomacy. Prime minister George Canning told the House of Commons on April 30, 1829, ‘But be the language of good sense or good taste in this House what it may, clear I am that, in diplomatic correspondence, no minister would be justified in risking the friendship of foreign countries, and the peace of his own, by coarse reproach and galling invective; and that even while we are pleading for the independence of nations, it is expedient to respect the independence of those with whom we plead.

‘We differ widely from our continental allies on one great principle, it is true: nor do we, nor ought we to disguise that difference; nor to omit any occasion of practically upholding our own opinion. But every consideration, whether of policy or of justice, combines with the recollection of the counsels which we have shared, and of the deeds which we have achieved in concert and companionship, to induce us to argue our differences of opinion, however freely, with temper; and to enforce them, however firmly, without insult.’

British diplomats were noted for understatement. But as Harold Wilson noted in his classic Diplomacy: ‘In extreme cases, moreover, the habit of diplomatic ambiguity, or of diplomatic understatement, leads to actual misunderstanding. I remember before the war reading a dispatch from some consul general in which he informed the foreign office that one of the vice consuls under his charge ‘does not, I much regret to report, take the care of his health which his medical advisers would recommend’. The poor man was, in fact, in the last stages of delirium tremens.’

Dr Paul Schmidt, Hitler’s interpreter, mentions Nevile Henderson’s final interview with Ribbentrop before the war. ‘I can tell you, Herr Henderson,’ Ribbentrop remarked, ‘That the position is damned serious.’ Henderson shouted, ‘You have just said “damned”.’

‘Ribbentrop’s breath was taken away. One of the ‘cowardly’ diplomats, an ambassador, and an arrogant Englishman at that, had dared to reprimand him as he might a schoolboy. Ribbentrop jumped up from his chair. ‘What did you say?’ he roared. ‘Henderson too had risen to his feet. Both men glared at each other. According to diplomatic convention, I too should have risen; but to be frank I did not quite know how an interpreter should behave when speakers passed from words to deeds — and I really feared they might do so now. I therefore remained quietly seated and pretended to be writing in my notebook.’

Dawn.com, March 3. AG Noorani is an author and lawyer based in Mumbai.