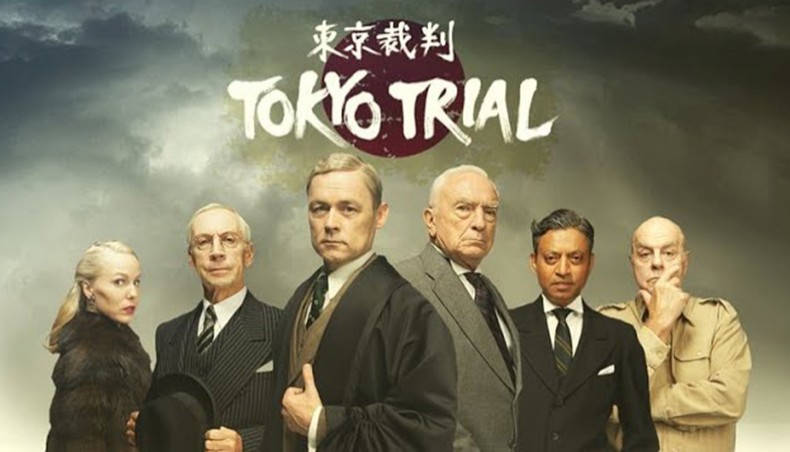 Twelve judges played by well-known actors from across the world were a key part of this trial of the Japanese military and political leaders in the aftermath of World War II. The drama is based on true events, but it focuses on the interactions among the judges and the people they converse with. It also reflects the representations of nationalities the judges are from. The two and a half year long trial, which began in April 1946, had 11 judges appointed by General Douglas MacArthur, the Supreme Commander of the Allied Powers. Of these, nine were from the nations that signed the Instrument of Surrender, and one judge was from India.

Although it is hard to find out the protagonist of the series, perhaps Justice Roling, played by Marcel Hensema, can be considered as the protagonist in the screenplay due to getting the most screen time among all the judges in the four episodes. He is portrayed as a sensitive, observant personality who dispenses his time playing the violin and smoking cigarettes and thoughtful outside the courtroom life. He resembles the show’s conscience, which is not entirely true. Western blocked judges consisting of New Zealand’s Justice Northcroft, played by Julian Wadham, Canada's Justice McDougall, by Stephen McHattie, and principally UK’s Lord Patrick by Paul Freeman, try hard from the beginning to make a strong group in order to pass their Westernised thought. In comparison, they have repeatedly faced obstacles by India’s Justice Radhabinod Pal, played by late Indian actor Irrfan Khan. Justice Pal’s views are completely different from the rest of the Western block and do not see the role of the Japanese leaders as guilty of crimes against humanity. His contention is that the behaviour of Japanese leaders was sheer an Asian imitation of Western colonialism.

The televised series upholds its engrossing part when Justice Pal and a hesitant Roling question the hegemony of the allied narrative against Japan which was made by the destructions of WWII and then the West’s imperialism. Hence, the character of Pal performed by Irrfan is incredibly sensational who can steal the ease with the formidable presence.

Justice Pal’s character will take us to the British Raj, where South Asians wanted to go out of the British colony by hook and crook. Despite being an important character, he disappears for roughly half an episode without any explanation. However, later it is unveiled that he is writing the judgement.

It is learned that after Justice Pal delivered his dissenting verdict in favour of Japan, he became a hero in Japan, and a memorial was erected in his honour. The respect that he still enjoys in the country is evident from the fact that when former prime minister of Japan Shinzo Abe visited India in 2007, he made sure to meet Justice Pal, the son of Japan.

However, it is understood that every character could not have been developed like Roling or Pal, but at least a better sense of balance would have been provided in other main roles such as Lord Patrick. Jonathan Hyde performed the president of the Tribunal, Sir Willian Webb, who is often shown as helpless for representing Australia. The Russian judge General Zaryanov, played by Kestutis Stasys Jakstas, could be treated more actively like other characters who are shown a person of little talks but full of Russian humour through his interpretation.

Original footage of the convicts was used in the series. Hence, it is possible to hear the direct testimony and watch the footage of the Japanese leaders and militaries in black and white. Besides, the courtroom scenes are also antique as these are taken from the original clips of the courtroom.

Throughout the series, directors Pieter Verhoeff and Rob W King are able to leave the thoughts to the audience on Eastern stand on the Western hegemony even in systematic jurisdiction. On the other hand, it can leave the audiences thoughtful about the jurisdiction of the American who dropped atomic bombs in Hiroshima and Nagasaki. If Japan could be brought into International Military Tribunal, why not be responsible for the atomic bomb blast should be brought under the international tribunal?