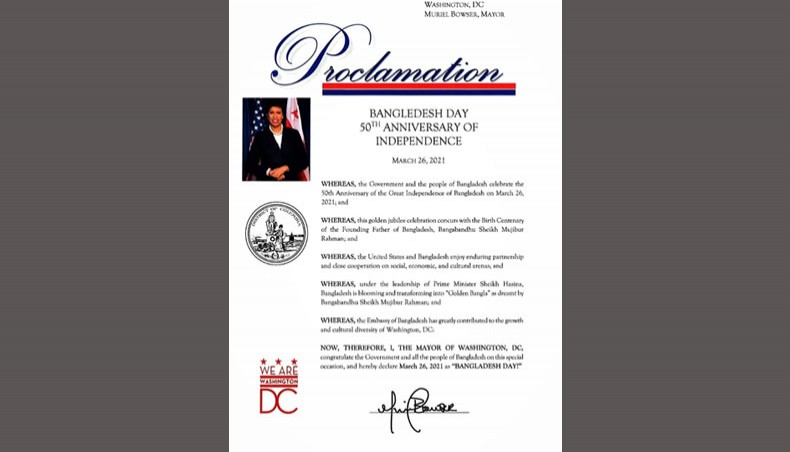 The mayor of Washington DC of the United States declared March 26 as ‘Bangladesh Day.’

Mayor Muriel Bowser in a statement came up with the declaration and congratulated the government and people of Bangladesh on the Golden Jubilee of Bangladesh’s independence.

The event also concurs with the birth centenary of Sheikh Mujibur Rahman, the founding president of Bangladesh.

A proclamation signed by the mayor says, ‘Under the leadership of prime minister Sheikh Hasina, Bangladesh is blooming and transforming into ‘Golden Bangla’ as dreamt by Bangabandhu Sheikh Mujibur Rahman,’ a release of the Public Diplomacy Wing of the Ministry of Foreign Affairs said on Saturday.