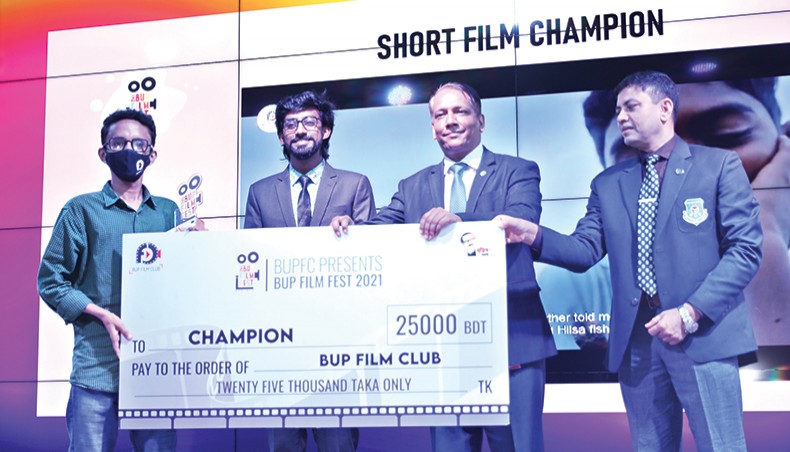 BUP officers distribute awards among the participants of a film festival organised by the university’s mass communication and journalism department on the campus in Dhaka on Thursday. — Press release

The two-day film festival organised by the Department of Mass Communication and Journalism of Bangladesh University of Professionals concluded on Thursday.

The closing ceremony of the festival was held at Bijay Auditorium of the university, said a press release.