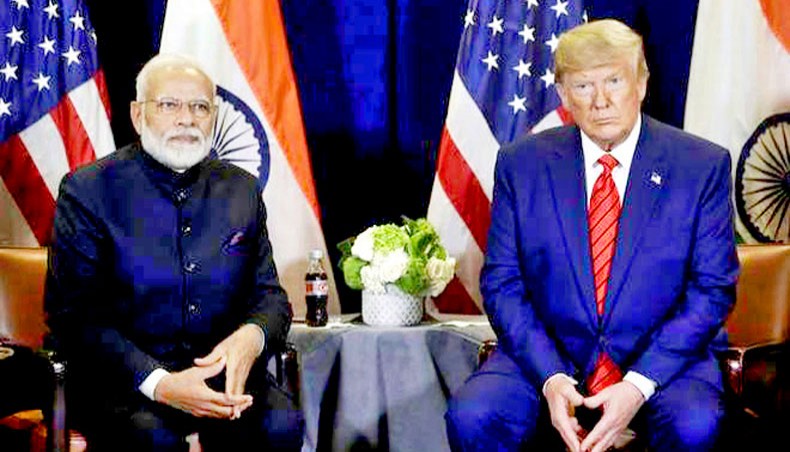 WHILE it is not fair to impute motives to a writer, one cannot help wondering if he is flying a kite, especially given his background. A Wess Mitchell was US assistant secretary of state for Europe and Eurasia from 2007–2019 and co-chair of the NATO 2020 Reflection Process. The North Atlantic Treaty Organisation has long been in a reflective mood regarding its own fatuous irrelevance.

That did not inhibit him from writing recently in an Indian publication, ‘When the North Atlantic Treaty Organisation leaders meet later this spring, they will debate the recommendations from a group of experts [which Mitchell co-chaired] that advocates, among other things, extending a formal offer of partnership to India. Such an idea has been discussed before but has always foundered on India’s aversion to entanglement in rival geopolitical blocs. It’s time to overcome this obstacle.

‘China’s meteoric rise has dramatically heightened India’s need for closer security relationships with politically reliable, like-minded states. … Beijing is increasingly willing to depart from its hide-and-bide strategy to directly challenge even the largest of its neighbours.’

China’s military spending is three times that of India. India’s policy of equidistance, with tilts towards Russia and China, is not viable enough to meet the juggernaut of China’s power. Hence its moves for ties with the United States, Japan and Australia in the Quadrilateral Security Dialogue. Now for the moth-eaten carnet: ‘While NATO partnerships do not carry the Article 5 guarantee of collective defence against armed attack, they nevertheless come with regular defence dialogues, military-to-military planning and joint exercises that improve readiness, interoperability and predictability. In the event of a conflict, India would benefit from having prior planning and arrangements in place for cooperating with the NATO and its Mediterranean partners….’

The NATO has spread a web of partners, namely Egypt, Israel, Sweden, Austria, Switzerland and Finland.

‘However, the obstacles to partnership are not only on the Indian side; in the past, some NATO allies have effectively blocked discussion of the matter insisting that any offer of partnership to India be accompanied by similar invitations to Pakistan. This may have seemed attractive to some in the era when NATO militaries were mainly focused on conducting operations in Afghanistan. But with the winding down of operations there, the NATO has little in common with a Pakistan that is increasingly radicalised at home and aligned with, and beholden to, China.

‘… NATO leadership should extend to India an offer of opening partnership talks. Doing so would signal that it is seriously evaluating all of its tools, including partnerships, according to how well they equip its members for dealing with a new era of great-power competition….

‘In this emerging competition, India is a vital player in its own right and should be treated as such. But Indians should be under no illusions that a truly non-aligned path remains a viable option.’

Non-alignment is a worn-out misnomer. India’s non-alignment did not prevent Jawaharlal Nehru from seeking covertly — behind the back of India’s ambassador Asaf Ali — a written alliance with the US in 1948.

Note that the NATO partnership is shorn of guarantee of help in Article 5 of the NATO treaty of 1949, which reads ‘The parties agree that an armed attack against one or more of them in Europe or North America shall be considered an attack against them all; and consequently, they agree that, if such an armed attack occurs, each of them, in exercise of the right of individual or collective self-defence recognised by Article 51 of the Charter of the United Nations, will assist the party or parties so attacked by taking forthwith, individually and in concert with the other parties, such action as it deems necessary, including the use of armed force….’

This is a worthless guarantee as its prime architect, the US secretary of state Dean Acheson said. He told the Senate Foreign Relations Committee: ‘This naturally does not mean that the United States would automatically be at war if one of the other signatory nations were the victim of an armed attack. Under the treaty we would be bound to make an honest judgement as to what action was necessary to attain that end and consequently to take such action. That action might or might not include the use of armed force.’

As De Gaulle remarked, treaties, like roses and pretty girls, last only as long as they last. How did Pakistan’s pacts with the United States help, in its moments of crisis in the 1965 and 1971 wars?

Treaties are concluded in the national interest purely. Help is extended in the same spirit. In 1962, it took the US long to support India’s case on the border and even that was confined to the McMahon Line; not the Aksai Chin in Ladakh.

India has unwisely let skirmishes on an undefined border ratchet its dialogue and diplomacy.

Dawn.com, March 27. AG Noorani is an author and lawyer based in Mumbai.