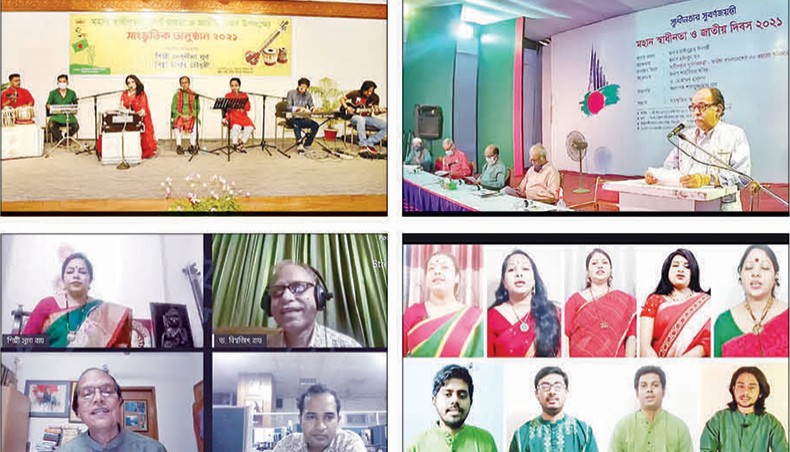 The Bangla Academy organised a discussion programme at the main stage of Amar Ekushey Book Fair.

Chairman of the Bangla Academy Shamsuzzaman Khan presided over the programme.

Following which, artistes of different organisations performed songs and recitations at the event.

The Bangladesh National Museum organised a programme at its Sufia Kamal Auditorium.

Cultural organisation Chhayanaut organised an online programme, which was streamed live on the Facebook page and YouTube channel of the organisation at 10:00am. The programme featured discussion and songs.

Besides, Radharaman Sangskriti Charcha Kendra will stream an online music programme on its Facebook page today. Singer Leena Das and Khagendro Boiragi will render songs at the event.