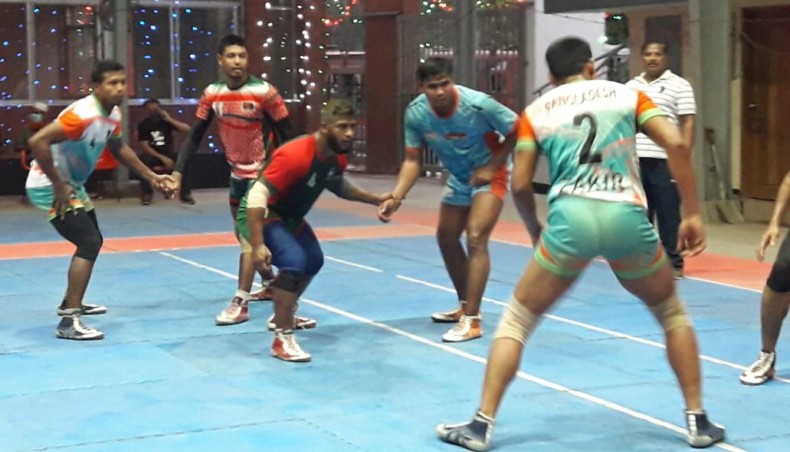 Hosts Bangladesh is confident of winning gold in the five-nation Bangabandhu Cup International Kabaddi Tournament which begins today at the National Volleyball Stadium in Paltan.

The other four teams in the competition are — Poland, Kenya, Sri Lanka and Nepal.

In the opening match of the day, hosts Bangladesh will take on Poland at 6:30pm followed by the match between Kenya and Sri Lanka one hour later.

The other participating team Nepal will start their campaign against hosts Bangladesh on Monday.

‘Our expectation is very high. This time we want to win the gold medal. Our team is very good and confident to win [the title],’said Bangladesh’s Indian coach Charuram Goyat during a pre-match press conference on Saturday.

‘Kenya is new and the other opponent teams are also good but our team is better than these teams….We are giving chances to new players as we set a target to have a good team for next Asian Games. As we want to medal in Asian Games,’ he added.

‘We have a nice team formation. We hope that we will emerge champions. We have a good idea about the Poland, Nepal and Sri Lanka teams as we have played against them earlier,’ said Tuhin.

‘We beat Sri Lanka in the 18th Asian Games and beat Nepal in the 13th South Asian Games. In the 16th World Cup we played against Poland.’

Each team will face each other once in the league stage and the top team will directly qualify for the final on April 2.

The other finalist will come through after a qualifying match between the second and the third-placed teams after the league phase.

The qualifying match will be held on April 1.