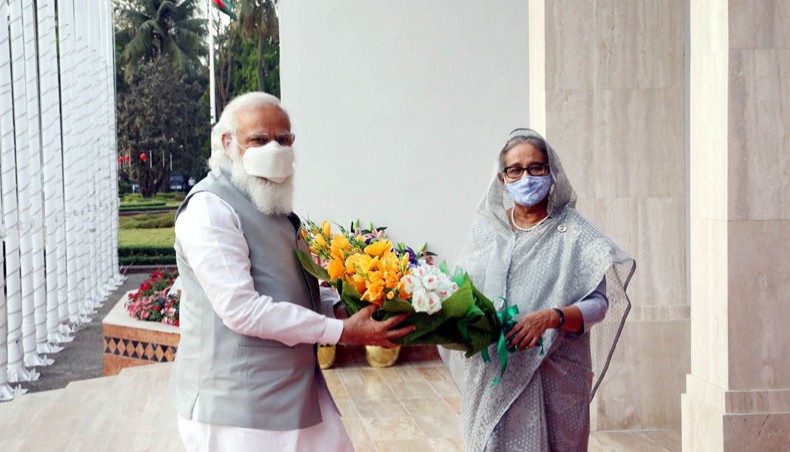 They inaugurated the projects virtually after bilateral talks between Bangladesh and India that took place at the Prime Minister’s Office.

The other projects are laying the foundation stone of a monument at Ashuganj in memory of martyred members of Indian Allied Forces in Ashuganj and three new Border haats along the India-Bangladesh border.

Besides, the two PMs also witnessed a video on the concept of Swadhinata Sarak from Mujibnagar of Meherpur to connect Kolkata via Nadia.

Sheikh Hasina and Narendra Modi also unveiled commemorative stamps of the postal departments of their respective countries on the occasion of 50 years of Bangladesh-India friendship.

He also handed over a box to the PM to symbolise the gifting of 1.2 million doses of Covishield vaccine to Bangladesh from India.