From independence to COVID-19 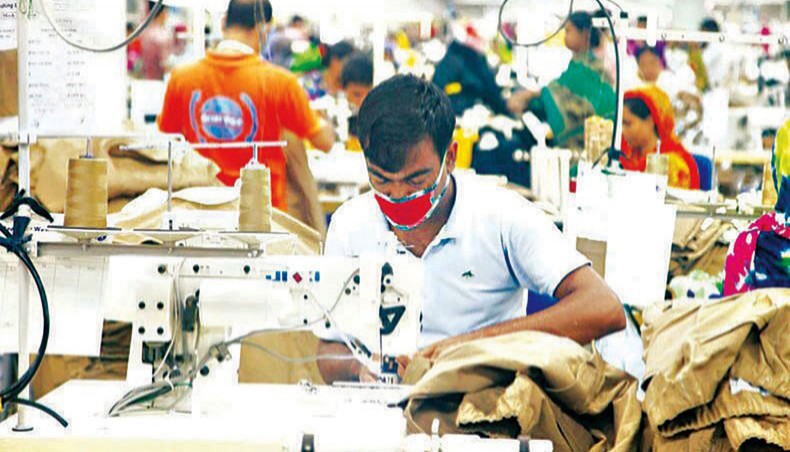 THE independence of Bangladesh through the bloodshed in 1971 raised the flag in the hope of liberation from exploitation, deprivation and oppression, irrespective of class, profession, religion and caste. Ever since, the development trajectory of the country has consisted of both economic and political components that need to be understood, analysed and evaluated in the country’s own narrative.

The existing narratives for comprehending the politico-economic course since the independence fall short to indisputably represent the determinants of development that are largely built of borrowed structures without visible endogeneity, and hence, may not reflect the aspirations of the citizenry that sought independence. In Bangladesh, there is a lack of endeavours that explores development by drawing variables of politics and economics to investigate a causal relationship. The absence has caught somewhat misplaced lamentations. This is often termed as a ‘development surprise’, ‘development paradox’ or ‘development conundrum’, given the absence of good governance. Pointing out the ‘high’ rate of growth in Bangladesh’s gross domestic product, on the contrary, a section is disseminating a belief of the precedence of economic growth even without functioning institutions.

The initial step to understanding the Bangladesh narrative, therefore, is to turn to the values and aspirations of the war of independence. The independent Bangladesh came into being through people’s struggles with the promise of becoming a citizens’ state ‘to ensure equality, human dignity and social justice’, enshrined in the Proclamation of Independence. It is, however, imperative to explore whether the state has a social contract — the constitution — that translates those cardinal principles into reality, whether it has a system of representation that reflects the wishes and diversity of the citizenry, whether it has the executives that work for a citizens’ state, and whether it has functioning apparatuses that encompass and advance strategic interest at home and abroad. At the same time, it is necessary to look into if the citizens of Bangladesh are receiving justice in terms of the distribution of wealth, opportunities, and privileges within the society. These require deeper investigations, at the least into the institutional arrangements and organisation structures, including the political process, the organs of the state, the executives, the judiciary, and so on. At the same time, it is also imperative to ensure that the narrative is universal and embodies external validity, even in its own innately relevant way.

EQUALITY refers to the advances in the state of poverty, inequality and deprivation confronted by the citizenry. The poverty rate has declined in the past decade but the rate of reduction has slowed down in the pre-COVID-19 era. The COVID-19 pandemic has heightened the pre-existing fault-lines in Bangladesh with unprecedented differentiated impacts on lives and livelihoods. The fallouts are fragmenting intermediate classes, with the emergence of many new poor, unemployed and working poor, belying the progresses achieved since the 1990s.

This indicates a worsening in the level of income and wealth inequality. Resources are concentrated in the pockets of a few at the expense of many. Against the backdrop of on-going discrimination in terms of wealth, income and consumption provision, a large section of people is becoming peripheral and deprived. These are also largely affected by market outcomes that created an inequitable distribution of income, goods and services, and weakened institutions. Unemployment and the lack of creation of new jobs have led to a precarity for the youth.

People’s agreement with the state has been gradually on the wane due to institutional fragility. Institutions have become fragile. Institutions are largely influenced by the extractive nature of the state, driven by primitive accumulation, opposed to ensuring social justice. As a result, the state became more concentrated and centralised for sustaining that particular nature of accumulation. Some groups are thus amassing mountains of wealth inside the country, while others are siphoning capital abroad.

Due to income and wealth inequality, the average hard-working citizen has been struggling to make ends meet in the areas of education, health, nutritious food, etc. As a result, quality development remains unmet. It will not be possible to form a universal social system without eliminating the influence of resource-dependent networks in the distribution of wealth and income.

THE concept of social justice denotes liberation from unjust economic, political and social conditions. The state of social justice can be understood more clearly from the vantage point of marginalised sections in the society — women, children, the elderly and the disabled, informal sector workers, and low-income groups. The state is supposed to ensure justice within society in terms of wealth, opportunity etc. The Bangladesh polity, however, is lagging behind to turn this principle into reality, which becomes evident from its social and economic policies.

A significant marker is the advancement of women in the labour force, labour returns and socio-economic standing, where despite strides in propelling economic growth, women encounter disproportionate treatment in wage and non-financial benefits. In addition, there remain substantial lapses in ensuring social justice for crimes such as abuse and violence targeted at women.

The existence of intermediaries and a limited access to the final market have deprived farmers of getting fair prices. Despite being a significant contributor to national output, readymade garment industry workers encounter limitations in undertaking collective bargaining for fair wages.

Informal sector, the largest employer in the economy, consists of a workforce devoid of basic labour laws protecting labour earnings. Although the country set off on the path of creating a universal society with immense potential, the state system had repeatedly fallen into the hands of clientelism. In addition, the influence of the resource-dependent networks increased due to institutional weaknesses. The accumulation of wealth was increasing, while the state continued to patronise clientelist groups.

THE concept of ‘human dignity’ of the citizens embodies a number of intrinsic meanings, denoting that an individual at least enjoys freedom. Citizenship entails an individual to be an active participant, indicating his or her political, social and economic rights. The fundamental crisis of the Bangladesh polity is the citizens’ disempowerment. More fundamentally, people are facing fragility in terms of social cohesion, solidarity and cooperation resulting from weak institutional and limited political room to build cooperative relationships with each other to live together as species-beings.

The political process in Bangladesh has evolved in a particular direction, corresponding to the characteristics of incentive-structure to reproduce the political system. The particular form of materialist incentives of primitive accumulation of resources through use of power and coercion has led to a system of clientelist political networks in Bangladesh. The clientelist resource-dependent networks, for perpetuating their objective of accumulation of wealth and power, are symbiotically connected at vertical layer (local, regional, and national) and are intrinsically interlinked at horizontal level with business, administration, law-enforcing agencies and judicial system.

On another end, democracy and pluralism are at stake, so is creativity. Enterprise making is ditched for sycophancy, nepotism and systematic misappropriation, subverting productivity. As such, the pace of growth obtained by the toils of labour and enterprise goes largely to waste and becomes unsustainable. For guaranteeing equality and human dignity, the country warrants a new social order for moving towards a system of government that ensures ‘from each according to his ability, to each according to his need.’

THE economy had been witnessing signs of distress well before the strike of the pandemic as jobless growth, slowdown in poverty reduction, decline in export-import and unfulfilled targets of tax revenue collection were rampant, despite having higher economic growth. Economic growth in the recent periods has largely resulted from labour migration from rural areas to urban cities and abroad. Migration of labour has increased the consumption expenditure. Investment and real wage growth have remained stagnant. Remittances, constituting the core of rural consumption expenditure, though, had been declining prior to the pandemic, and are expected to plummet after migrant workers return home from countries in Europe and the Middle East. The agriculture sector has lagged behind in terms of technological advancements and increased agricultural input prices. The disruption in supply chains of agricultural produce, due to the shutdown of transportation, will dampen future production incentives for farmers. Simultaneously, the manufacturing sector has transformed into a one-sector industry tainted by low productivity, diminishing competitive advantage and a lack of product diversification, and an eventual fall in export volume.

For a country marred with climate vulnerabilities, weak governance, permeating inequality and ubiquitous disregard for the social contract, Bangladesh may, in fact, be culturing an imbalance in its macroeconomic indicators that poses doubts in the quality and durability of this growth. In this decade, export earnings have been on the decline, the apparel industry has been losing its competitive edge in the global market, agriculture continues to employ most of the labour force despite being a less productive sector, private investment remains inadequate for capital formation, and the education sector is yet to resolve skill mismatch and foster innovation. Continually increasing involvement of women in the workforce has portrayed the resilience of the population in adapting to adversities and challenges. At the same time, farmers have coped with the prolonged economic shutdown of the pandemic by reinvesting in following seasons to compensate for their losses. The climate vulnerable population has weathered decade’s worst floods and the cyclone Amphan amidst a raging pandemic with renewed hopes of rehabilitation and new livelihoods.

THE ramifications of the pandemic have resulted in the poor becoming poorer and more vulnerable, and a fragmentation of the intermediate classes. In contrast, clientelist groups are amassing rents. These differentiating processes are gradually forming a K-shaped path of polarisation, while recovery remains largely uncertain. There are thus significant reasons for the recovery to assume a K-shaped path of polarisation, as income groups diverge due to economic fallouts. Conventional budgetary measures to address the new poor, who possess distinct characteristics of their own, may prove to be ineffectual. The policy of active restraint, such as the provision of public goods, equitable distribution of resources, necessary interventions in the macroeconomic sector, and adoption of policies for structural reform can lead to a relatively equitable recovery. For Bangladesh, the act of strengthening institutions will be more effective in reviving the economy than the singular use of conventional economic policies. Therefore, it is indispensable to establish discipline in the economy by augmenting the strength and capacity of the institutions, with the main objective of retaining and creating decent jobs through enhanced investment.

The policymaking in Bangladesh has remained fraught with orthodoxy and a lack of creativity despite economic and social progress. These have been further aggravated due to the lessening of the freedom of expression and the government’s intolerance towards differing perspectives. A key overriding challenge, thus, remains to develop and enhance productive capacity and provision of public services for a decent living. This would require productive use of technology and infrastructural facilities. Skills — much beyond traditional concept of education — and technology are key elements in the future transformative equation. So are the questions of employment creation and reduction in inequality to establish a fairer society. The sufficient condition for achieving these objectives is an inclusive political system. The absence of an inclusive political system has also exerted pressures on the institutions, and as a result, the institutions have for long been degenerating. In order for economic growth and social development to be sustainable, the sufficient condition is a representational public order. Only a democratically accountable system of governance can advance the three core principles of the war of independence.

Dr Rashed Al Mahmud Titumir, a professor of economics at the development studies at Dhaka University, is the chairperson of Unnayan Onneshan.