Drama in US Congress as tech CEOs face fury over disinformation 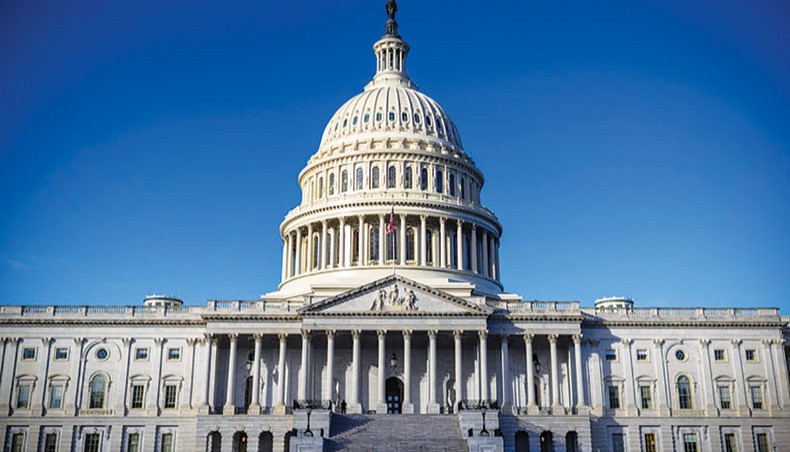 A file photo shows the US Capitol Building in Washington. Tech CEOs defended their platforms’ practices as they girded for a fresh grilling on Thursday from US lawmakers angered over rampant disinformation about the US elections, the Capitol attack and COVID-19. — AFP photo

Tech CEOs defended their platforms’ practices as they girded for a fresh grilling on Thursday from US lawmakers angered over rampant disinformation about the US elections, the Capitol attack and COVID-19.

The leaders of Facebook, Google and Twitter sought to head off critics leading into a House of Representatives hearing, the latest in a series highlighting concerns over moderating online content.

The remote video hearing is the fourth for Facebook’s Mark Zuckerberg and Twitter’s Jack Dorsey since last July and the third for Google’s Sundar Pichai: evidence of how the companies’ vast economic and political power has landed them squarely in the crosshairs of Democrats and Republicans alike.

‘Whether it be falsehoods about the COVID-19 vaccine or debunked claims of election fraud, these online platforms have allowed misinformation to spread, intensifying national crises with real-life, grim consequences for public health and safety,’ said the heads of the two congressional subcommittees holding the hearing, in a statement.

The tech CEOs said that they were doing their best to keep out harmful content.

‘Every day Twitter grapples with complex considerations on how to address extremism and misinformation,’ Dorsey said in his written testimony released in advance by the House Energy and Commerce Committee.

‘Our efforts to combat misinformation, however, must be linked to earning trust. Without trust, we know the public will continue to question our enforcement actions.’

Pichai said that Google was dedicated to giving people ‘trustworthy content and opportunities for free expression across our platforms, while limiting the reach of harmful misinformation’.

Zuckerberg, meanwhile, said that Facebook had ramped up its efforts ‘to keep hate and violence off our platform’ and offered a proposal to address concerns about liability of online platforms, suggesting that each platform have systems in place to weed out illegal content.

Zuckerberg said that ‘people of all political persuasions want to know that companies are taking responsibility for combatting unlawful content and activity on their platforms’.

He maintained that Congress ‘should consider making platforms’ intermediary liability protection for certain types of unlawful content conditional on companies’ ability to meet best practices to combat the spread of this content’.

The hearing comes amid a growing backlash against Big Tech firms which dominate key economic sectors, and which have largely benefitted from the move to online services during the pandemic.

A statement from the energy and commerce committee said that the big platforms ‘maximise their reach — and advertising dollars — by using algorithms or other technologies to promote content... (and) often elevate or amplify disinformation and extremist content’.

‘Facebook and Twitter must take immediate action to protect New Yorkers and limit any further loss of life as a result of the spread of inaccurate information.’

The platforms were also expected to face criticism from Republicans for banning president Donald Trump for his comments seen as inciting the violence at the US Capitol on January 6 by his supporters.

As the tech firms become a bigger part of people’s lives, they have been facing a firestorm over disinformation, privacy, liability and antitrust as the Biden administration assembles its team and regulatory officials. But prospects for any immediate moves in Washington were unclear.

‘It’s still politics and you are still going to have the whole Republicans-versus-Democrats and free speech coming into play.’