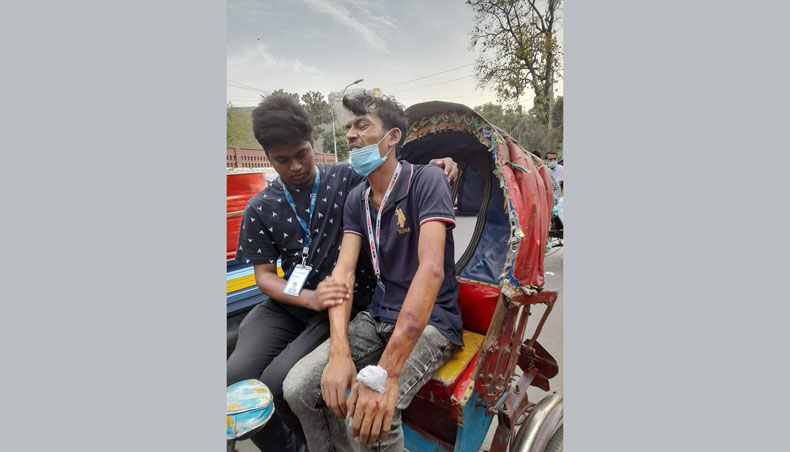 Leaders and activists of Bangladesh Chhatra League on Thursday afternoon allegedly  attacked an on-duty campus journalist while covering the event of ‘Jeyafat’ programme under the banner ‘People of Bangladesh’.

According to eyewitnesses, he was severely beaten by BCL leaders and activists with bamboo stick. They also snatched away his mobile phone and press card.

The incident took place at about 5:30pm in front of TSC of DU campus.

Besides, repeated attempt were made to reach BCL president Al Nahiyan Khan Joy and secretary Lekhak Bhattacharjee for comments but they did not pick up the call.