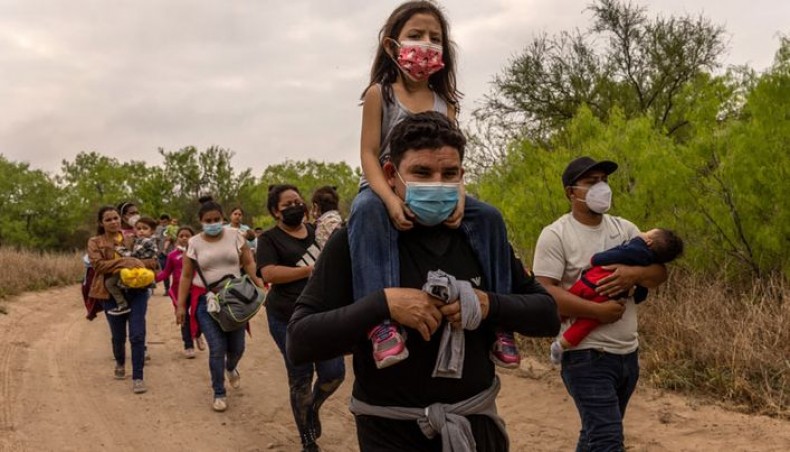 Asylum seekers, most from Honduras, walk towards a US border patrol checkpoint after crossing the Rio Grande from Mexico on March 23, 2021 near Mission, Texas. -- AFP photo

Mexican authorities said on Wednesday that they had detected a nationwide increase in the number of undocumented migrants so far this year, including nearly 1,300 unaccompanied children.

The rise coincides with an influx at the Mexican-US border of migrants, many of whom are fleeing economic crisis, crime and environmental devastation in Central America.

The National Migration Institute said that 31,492 migrants had been identified around Mexico between January 1 and March 21, mostly from Honduras and other Central American nations.

That marked an increase of 4,779, or around 18 per cent, compared with the same period of last year.

More than 3,400 minors were among those detected in checks of locations such as highways, roads, airports and freight trains, the NMI said.

Of those, 1,297 were traveling alone and are now in the care of the government, it added.

Mexico announced last week that it would step up security along its southern frontier with Guatemala to stop child migrants crossing on their way to the United States.

US president Joe Biden’s opponents have seized on the influx to accuse him of creating a ‘crisis’ at the border with a naive immigration stance.

Roberta Jacobson, United States coordinator for the southern border, held talks with Mexican officials and urged migrants not to travel to the United States.

‘Do not come to the border. The border is closed,’ she said in a message issued by the US Embassy in Mexico City.

‘People who intend to travel to the United States in an irregular fashion run the risk of becoming victims of crime and human smugglers,’ Jacobson said.