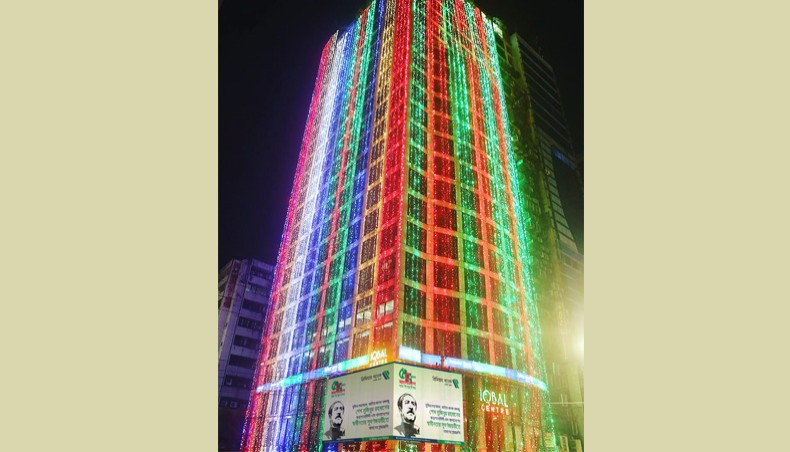 On the occasion of the 101th birth centenary of Bangladesh’s founding president Sheikh Mujibur Rahman and the 50th anniversary of the country’s independence, Premier Bank has decorated its head office, Iqbal Center at Banani in Dhaka, with red and green lights and iconic image of Sheikh Mujib.

The celebration started on March 16, 2021, and would continue till March 26, said a press release on Wednesday.

The variety of colours and light decorations has created a festive environment in the area.

The Premier Bank Limited’s managing director and CEO, M Reazul Karim, said that Sheikh Mujib’s birth anniversary and 50 years of Bangladesh’s independence were two great occasions for all Bangladeshis and everyone should embrace this happiness and be united to develop and progress the economy, and build a prosperous country as dreamed by Sheikh Mujibur Rahman.

The Bangabandhu Corner has a large collection of books, photos, documents and videos related to Sheikh Mujibur Rahman’s life, works and ideologies.