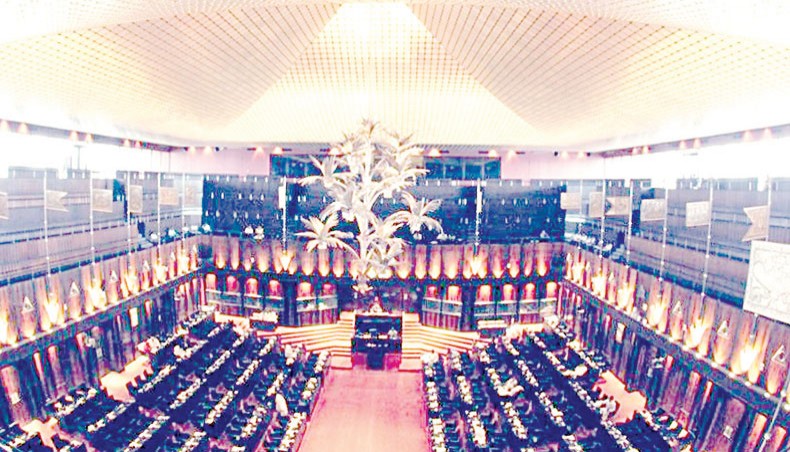 THE draft resolution on Sri Lanka sponsored by a group of countries led by the United Kingdom is to be put to the vote in Geneva. Key members of the government have been working very hard to ensure that the majority of countries in the 47 member UN Human Rights Council in Geneva will give their support to Sri Lanka when the resolution comes to a vote. Prime minister Mahinda Rajapaksa defied fears of the COVID-19 pandemic to take the flight to Bangladesh. This despite the fact that Pakistan’s prime minister Imran Khan has tested positive showing the dangers of international travel. The prime minister would have felt impelled to make the journey to secure that country’s support at the forthcoming vote. In the meantime, president Gotabaya Rajapaksa made a telephone call to the secretary general of the Organisation of Islamic Cooperation who praised the president for his willingness to reach out to international organisations and permitting Muslims who die of COVID-19 to be buried.

However, a series of poorly timed government proposals that have targeted the Muslim community appears to have alienated long standing allies of Sri Lanka, whose wholehearted support would be decisive in changing the direction of the vote. The three proposals to ban the wearing of the burqa, to close down over a thousand Muslim madrassahs and to supplement the Prevention of Terrorism Act with a regulation that would enable government authorities to take actions to deradicalise those who are considered to be veering to the path of extremism will likely be seen in a negative light internationally. The 57 member-strong Organisation of Islamic Cooperation and Pakistan in particular put out strongly worded statements that should serve as a wake-up call to the government that it is risking its relations with long standing allies and also the hope of obtaining their support in times of crisis.

The Organisation of Islamic Cooperation said that it ‘condemns Sri Lankan ministers’ statement to ban burqas and madrassahs being violative of Articles 18 and 27 of the International Covenant on Civil and Political Rights which guarantees minorities the right to freely profess, practise and manifest their religion. During his conversation with president Rajapaksa, the secretary general of the OIC Dr Yousef Al-Othaimeen reaffirmed the OIC’s determination to defend the rights of Muslims in all parts of the world. An even stronger statement was put out by Pakistan which said, ‘The likely ban on niqab in Sri Lanka will only serve as injury to the feelings of ordinary Sri Lankan Muslims and Muslims across the globe. At today’s economically difficult time due to the pandemic and other image related challenges faced by the country at international fora, such divisive steps in the name of security besides accentuating economic difficulties, will only serve as fillip to further strengthen wild apprehensions about fundamental human rights of minorities in the country.’

IT IS unfortunate that the present government appears to be repeating the mistakes of previous governments in terms of an inability to take a consistent approach to governance. The government has been giving an impression of moving in fits and starts, with one step forward and another backward on several occasions. In the aftermath of the international furore over its proposed laws, cabinet spokesman Keheliya Rambukwella referring to the burqa and madrassah ban said that it was a decision that required ‘consensus and consultations’ and ‘it will be implemented with a consensus and consultations with Muslim organisations and leaders. We won’t rush through the proposal, since it is a serious issue.’ The foreign ministry secretary admiral professor Jayanath Colombage has also voiced similar sentiments.

The fallout of lack of harmonisation between different sections of the previous government led to the failure to prevent the Easter Sunday suicide bombings that had tragic consequences to hundreds of people who lost their lives or were maimed and to millions of people who suffered due to the collapse of the tourism industry. The massive majorities secured by president Gotabaya Rajapaksa and the present government at the last presidential and general elections was due to the desire of the electorate to vest power in a unified and coherent government.

The Easter bombings which generated a tidal wave of antipathy against the previous government also made the Muslim community become a target of suspicion. The threefold proposal for national security that a section of the government has put forward in the form of the burqa ban, closing down of a thousand madrassahs and the new deradicalisation law is targeted on the Muslim community. The deradicalisation law is particularly pernicious as it will enable public officials to detain persons they suspect of preparing for violence or spreading disaffection between communities and have them sent off to rehabilitation centres without a trial. Such a law could be misused heavily.

TODAY members of the Muslim community live in considerable fear of being taken into custody on charges of fomenting extremism. According to the government, a total of 676 persons were arrested in connection with the Easter attacks, of them 202 remain in remand custody, 66 have been detained for questioning and 408 released on bail, yet investigations on them are continuing. Rasheed Hajjul Akbar, who headed the Jamaat-e-Islami organisation for 24 years until September 2019, was arrested by the Terrorism Investigation Division recently. He was also arrested after the Easter bombing and released after being questioned for several weeks. The social service worker was arrested for allegedly promoting extremism in the country. According to the police he was publishing articles in a magazine published by the Jamaat-e-Islami organisation to promote Wahhabism and Jihadist ideology in Sri Lanka.

The Jamaat-e-Islami party is organised on lines such as the Young Men’s Christian Association or Sarvodaya and with a similar social mission of uplifting the lives of those who are its members both in terms of morality and in social empowerment. It was established in 1954 and works on promoting values, peace and harmony, alleviating poverty and protecting environment. It is not affiliated to international organisations by the same name or to other international organisations as it seeks to be Sri Lankan. Organisations such as this are part of the mainstream of Sri Lankan society and should not be driven to the margins. Immoderate laws such as the proposed burqa ban, closing of a thousand madrassahs and the deradicalisation law are likely to generate resentment which is the breeding ground of extremism. The government needs to reconsider all three proposed laws as overbroad and not in keeping with the ethos of a multi-ethnic, multi-religious and plural society that Sri Lanka truly is, or for that matter any democratic country.

In addition, the government spokespersons proposing legislative changes or making public statements need to take care not to add to the polarisation of communities at political and religious levels. They need to also permit public discussion on concepts such as Wahabism, Thowheed and Jihad, and the different interpretations of them as befits a modern society. It is extremism and violence in particular that need to be countered and not the plurality of ideas. Those who wish to be true national leaders need to empathise with the feelings and aspirations of minority communities in addition to that of the majority. It is empathy that comes from moderation and mindfulness that will protect the country from extremism rather than setting in motion a vicious cycle that can only benefit the extremists on all sides to the detriment of the country’s development and unity.