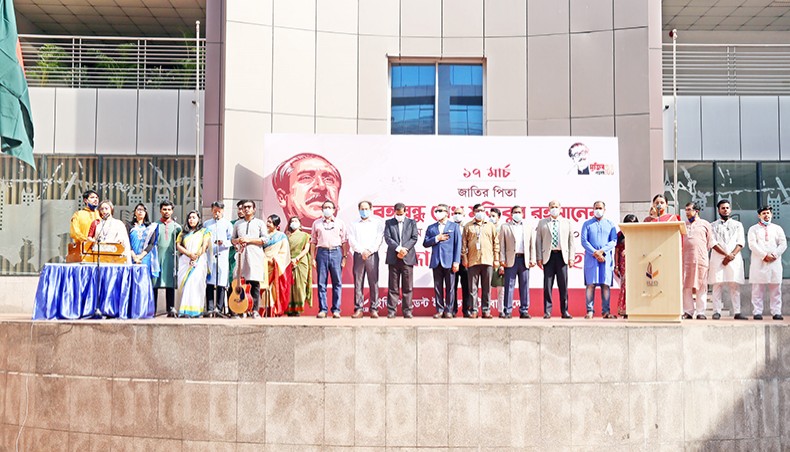 Independent University, Bangladesh has observed the birth centenary of the country’s founding president Sheikh Mujibur Rahman and National Children’s Day through various programmes on its campus at Bashundhara RA in the capital.

Vice-chancellor Professor Tanweer Hasan delivered the welcome speech in the opening session. He asked all to study Mujibur’s life and work.

The university also held a friendly football tournament between the faculty members and the students.

A team of the university’s representatives also placed a wreath at Mujibur’s portrait at Bangabandhu Memorial Museum at Dhanmondi 32.