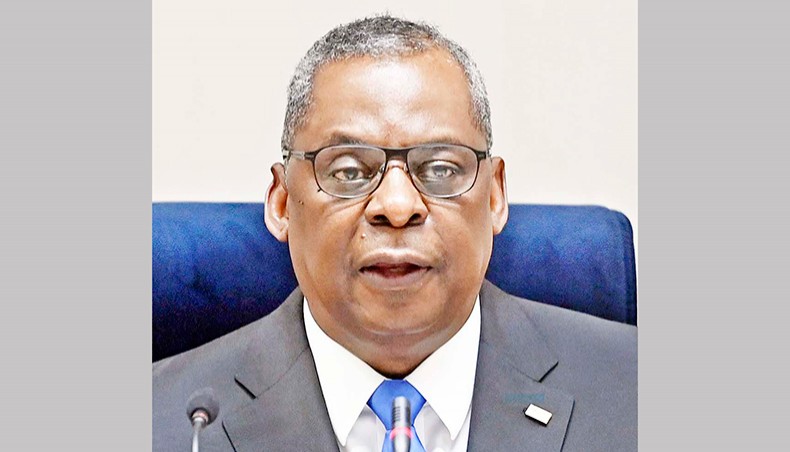 US defence secretary Lloyd Austin made an unannounced visit to Afghanistan Sunday just weeks before Washington is due to withdraw the last of its troops under a deal struck with the Taliban last year.

New US president Joe Biden said last week the May 1 deadline agreed by predecessor Donald Trump would be ‘tough’ to meet — prompting outrage from the insurgents, who warned that Washington would be ‘responsible for the consequences’.

The Afghan government is also keen to keep US forces in the country for as long as possible for the vital air cover they provide.

After talks with president Ashraf Ghani Sunday, Austin would not be drawn for comment on the deadline.

‘That’s the domain of my boss,’ he said.

‘That’s the... decision that the president Biden will make at some point in time, in terms of how he wants to approach this going forward.’

Under the deal thrashed out between the Taliban and Washington, the insurgents pledged also to engage in peace talks with Afghan government negotiators, but they have made almost no progress and fighting has only worsened — particularly in rural areas.

Major urban centres are also in the grip of a bloody terror campaign in the form of attacks targeting politicians, civil servants, academics, rights activists and journalists.