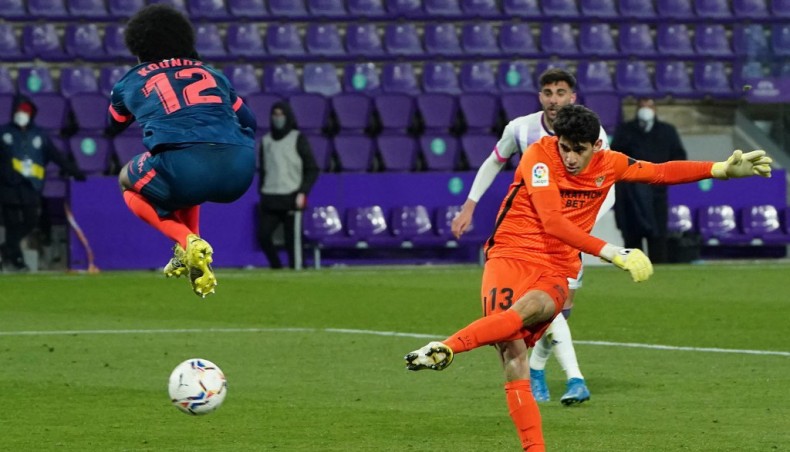 Bono went up for a corner in injury-time and finished brilliantly with his left foot at the end of a mad scramble in the area to earn Sevilla a point.

The result damages Sevilla's hopes of rejoining La Liga's title race, with four points now separating them from third-placed Barcelona, who play a game in hand against Real Sociedad on Sunday.

But the team and staff were celebrating at the end, ecstatic at avoiding defeat in the most unlikely of fashions.

‘It was the last play of the game and it gives us a taste of happiness,’ Sevilla coach Julen Lopetegui said. ‘A goal from a goalkeeper is nothing normal.’

Bono was in the right place at the right time after Luuk de Jong's header was kept alive by Oscar Rodriguez, only for his cross to hit the outside of the post.

But the ball was cut back again by Youssef En-Nesyri and while Jules Kounde was unable to shoot, he poked it into the path of Bono, who struck hard with his left foot through the crowd of players and into the net.

The Moroccan swung his shirt around his head, for which he was shown a yellow card, and ran towards the Sevilla bench, where he was mobbed by teammates and staff.

Valladolid had earlier taken the lead just before half-time, Fabian Orellana scoring a penalty for the hosts, who stay 16th in the table.