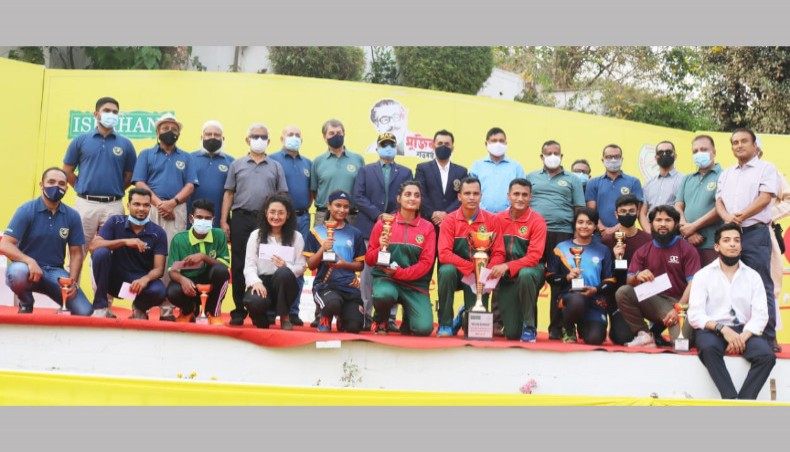 Winners of the ‘Mujib Year 2nd Ispahani Squash Competition 2020-21’ pose for  a photo session at the Chattogram Club on March 20. — Press Release

Winners of the ‘Mujib Year 2nd Ispahani Squash Competition 2020-21’ received trophies and prize money at the Chattogram Club on Saturday.

The nine-day event, started on March 12, ended on March 20, said a press release on Sunday.

In the female open group competition,  Bangladesh Army Soldier Marjan was the champion while Subaida was runner up.

Abid Mansur and Faraz Rahim of Gulshan Club became the champion and runner up among members.

In age groups under 19, Riajul Jannat and Atifa Ibnal of BAF Shahin College became champion and runner up respectively in the girl’s category.

In the boy’s category, Hamza of Uttara club became champion and Jahid of Army Squash Complex became runner up.

A total of 123 contestants fought for the trophy, said the release.