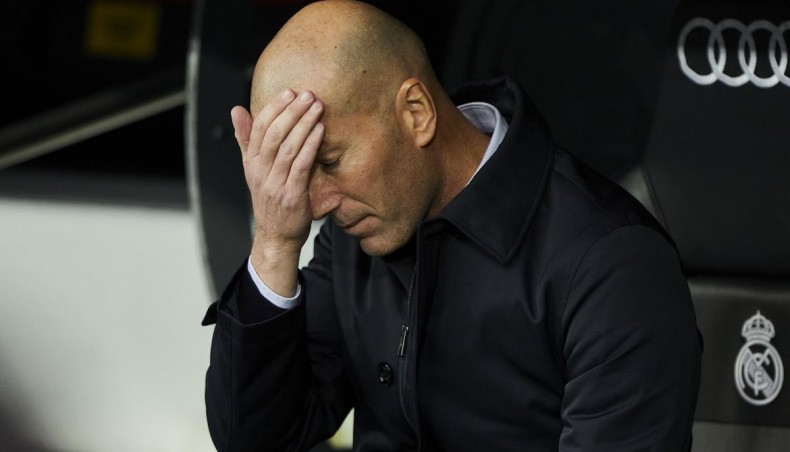 Zinedine Zidane admitted he is still baffled by Karim Benzema's exclusion from the French national team after the striker starred again in Real Madrid's 3-1 victory over Celta Vigo on Saturday.

Benzema continued his scintillating form at Balaidos by scoring twice to make it 10 goals in his last 10 games, before he set up Marco Asensio to add a third in injury-time.

Many in Zidane's squad will now join up with their national teams on Monday but Benzema will remain in Madrid, with the 33-year-old still sidelined by France after his alleged role in a plot to blackmail Mathieu Valbuena in 2015.

Zidane confirmed Sergio Ramos will join up with Spain, despite the defender missing the Celta win with a bruised tibia.

Madrid's victory increases the pressure on Atletico ahead of their game in hand at home to Alaves on Sunday while Zidane's team climb to second, at least until third-placed Barcelona play Real Sociedad, also on Sunday.

Benzema's latest contribution came in the same week Zidane admitted a Madrid return could be ‘possible’ for Cristiano Ronaldo this summer.

But speculation around Ronaldo makes light of Benzema's superb showings in recent weeks, with his five goals in Madrid's last three league games earning a crucial draw at Atletico, victory over Elche and now a win at Celta.

His hot streak appears to be Madrid's best chance of catching Atleti, who are still three points clear but look increasingly vulnerable to the momentum of their nearest rivals.

‘We're entering the final stretch and we're happy with how we're playing and how we are physically,’ said Zidane.
Benzema had two early chances, the first after Vinicius Junior skipped around Celta goalkeeper Ivan Villar and the second when the ball spilled loose in the area, but both shots were blocked.

His two goals both owed a lot to Toni Kroos, who glided past three Celta shirts on the edge of the area in the 20th minute before feeding Benzema, who swivelled and shot crisply into the far corner.

Kroos' incision set up the first and his persistence created the second 10 minutes later, as he robbed Renato Tapia and Benzema profited by curling in with his left foot.

Celta grew stronger towards the end of the half, Santi Mina flicking wide and then heading in after being left completely unmarked from a free-kick, conceded by Kroos.

Madrid lost some control in the second half and needed Thibaut Courtois to save an Iago Aspas header, even if Vinicius and Benzema might have extended the advantage on the counter-attack.

Aspas' free-kick late on might have flown in had the ball not grazed Casemiro's fringe on its way onto the post but Madrid breathed a sigh of relief and then celebrated, Asensio tapping in Benzema's cross in injury-time.