Prometheus: a hit or a miss? 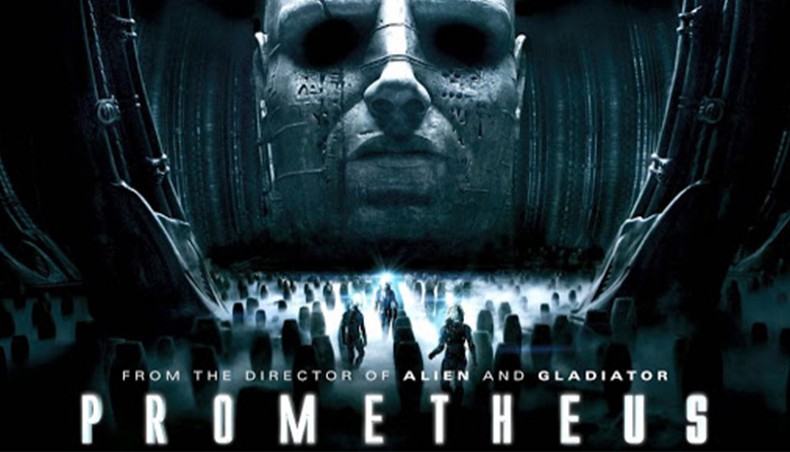 Ridley Scott’s prequel to Alien (1979), Prometheus is no pushover in its own rights. Sublime yet understated, this sci-fi adventure takes the audience to a speculative journey into the unknown.

As the fifth instalment of the Alien franchise, this film had been in development for nearly a decade, unsurprisingly whetting the appetite of space-dreamers and proto-Geeks. With the insurmountable legacy of the previous instalments hovering over his shoulders, Scott assembled an ensemble cast of Noomi Rapace, Charlize Theron, Michael Fassbender, Edris Elba, Guy Pearce and Logan Marshall-Green, who collectively deliver a formidable performance as they tackle metaphysical questions of cosmic significance — Who created mankind? What are their origins?

As is Scott’s style, the 124-minute film builds slowly with intimations of a revelation of epic proportions. At the outset, a humanoid is seen drinking a clear liquid which causes him to vomit and disintegrate into a mass of DNA. In 2089, archaeologists Elizabeth Shaw (Rapace) and Charlie Holloway (Marshall-Green) discover a sky-map in Scotland resembling similar findings from several other ancient Earth cultures. The sky-map, along with the carvings on the cave wall indicate that extra-terrestrial beings or ‘Engineers’ from a distant world had once walked these ruins, perhaps even created the world. Following the map, the two archaeologists along with 15 other crew members go on a voyage aboard the trillion-dollar scientific exploratory vehicle ‘Prometheus’ funded by the tech-giant Weyland Corporations, to explore the origins of humanity.

Fast-forward four years, upon arrival at the distant moon LV-223, the crew wakes up from a stasis state in the cryogenic deck of Prometheus. David (Fassbender), the enigmatic and fastidious resident-android of Prometheus had been monitoring them for the past four years. As they prepare to touch down, they discover a giant structure on the surface along with some straight lines paved on the ground. Now, as we all know, nature makes no straight lines. This piques the interest of the crew and they set down to explore the dome-like structure. Vikers (Theron), the cold and cynical daughter of the CEO of Weyland Corporation sent to oversee the whole expedition, issues a warning not to engage with the Engineers without her approval.

Inside the subterranean halls of the dome, the crew finds cylindrical stone objects oozing a black liquid and piles of corpses of supposedly the Engineers. Growing steadily uncomfortable, Fifield (Harris) and Millburn (Spall) decide to return to the ship early but loses their way. Shaw recovers a decapitated head and the crew barely make it to the ship as a storm descends on them. Once inside, it is revealed that the decapitated head matches human DNA, thus somewhat confirming their role in the origin of mankind. David, on the other hand, investigates the stone cylinders and tricks Halloway into drinking alcohol tainted with a drop of the black oozing discharge from the cylinders. Shaw and Halloway have intimate contact, which will have catastrophic consequences later.

Meanwhile, in the dome, Millburn is killed by a snake-like creature while Fifield is severely injured. The crew return to the dome to find Millburn’s corpse. David strays from the group and finds a control room with a stunning 3D holographic sky-map and a hibernating Engineer. As Halloway grows rapidly ill due to the effect of the tainted drink, the crew decide to go back to the ship. Vickers, fearing contamination, refuses to let Halloway on board and later burns him alive with a flamethrower at his insistence. Shaw discovers herself to be in advanced stages of pregnancy despite being previously infertile. In an astonishing display of courage, Shaw performs a caesarean on herself with an automated surgery machine, delivering a snake-like creature. Soon she discovers Weyland, the CEO of Weyland Corporations to be in stasis aboard Prometheus. As David and other technicians help Weyland for their upcoming trip to the dome, Weyland expresses his desire to cheat death by old age with the help of the Engineers.

Soon a mutated Fifield attacks and kills many of the crew members. With the crew being pared down to a precious few, pressure mounts in the mind of the ship’s captain, Janek (Elba). He discovers that the dome was an Engineer military base that lost control of a toxic biological weapon, the black oozing liquid. He also finds that the dome houses a ship similar to Prometheus. David and Weyland arrive at the dome and wake the Engineer from stasis. David attempts to communicate with the Engineer but it soon kills Weyland and decapitates David. As Shaw escapes from the scene, she warns Janek that the Engineer plans to release the toxic liquid on Earth, bringing about human extinction. As the dome prepares to lift off, Janek and the others sacrifice themselves by ramming Prometheus into it while Vickers flees on an escape pod. As Shaw goes to the lifeboat left behind by Prometheus, she discovers that the creature she had given birth to had grown exponentially. David warns Shaw that the Engineer was on his way to the lifeboat and Shaw somehow subdues him. In a gory, emetic scene, the alien offspring is seen perforating the Engineer’s throat with its tentacles. As Vickers is crushed under the falling dome, the decapitated David and Shaw are the only ones that remain. Shaw collects David’s remains and together, they activate another spacecraft in order to travel to the Engineer’s home-world in search of answers.

While Prometheus (2012) could not cause a durable impact like its predecessors, Ridley Scott  once again displayed his mastery with this enigmatic visual masterpiece. With expertly crafted balance of science and horror, Prometheus is less cerebral than the previous instalments of the franchise, yet engrossing. Even though it did not avoid horror-clichés or platitudes, Prometheus came across as more of a Sci-fi adventure than an action-horror film like Alien. With impeccable casting, seamless transition of events and expert cinematography synthesised with amazing visuals and direction, the audience is left in befuddled disorientation as the crew tackles lofty notions and mysterious extra-terrestrial beings.

The response to Prometheus among the general audience was on two ends of the continuum; either people loved it or hated it, with no in-between. However, it garnered mixed reviews from film critics and pundits. According to Rotten Tomatoes, the film received 73 per cent on the tomato-meter and 68 per cent on audience scores. IMDB rates Prometheus a crisp 7 out of 10. According to Mike Massie from Gone with the Twins, the movie is a mess of unresolved ideas and poorly defined beings.’ To David Thomson from The New Republic, ‘Prometheus is scary only in the sum of instincts and talent for movie-making that has been lost.’ However, Richard Propes from TheIndependentCritic.com rates Prometheus as ‘A beautiful film to behold.’ Yasser Medina of Cinemaficionados seemed to echo Propes’ notion as he stated, ‘It is as if it were a science fiction theory that bets on an ingenious and interesting mythology, but at the same time, enigmatic.’

So, has this plot-heavy yet unresolved speculative fiction fallen victim to the audience’s flawed expectations? Or did the larger than life title accurately reflect an overly ambitious case of reaching beyond one’s grasp? Be that as it may, one can still acknowledge its contribution to futuristic visual artistry crafted expertly enough to be plausible for the turn of the next century. At the end of the day, we must not unfairly diminish the effectiveness of Prometheus by comparing it with the previous instalments of the franchise.

Bent with the weight of expectations suffused in the proto-Geek-DNA and battling the nearly unconquerable legacy of Alien, Prometheus is an underrated prompt that delivers strongly. If you cannot see beyond the grey veil of prejudice and flawed expectations, well, it simply is your loss.

Manita Islam is a student of the University of Dhaka.