Zidane 'not planning anything' for long-term future at Madrid 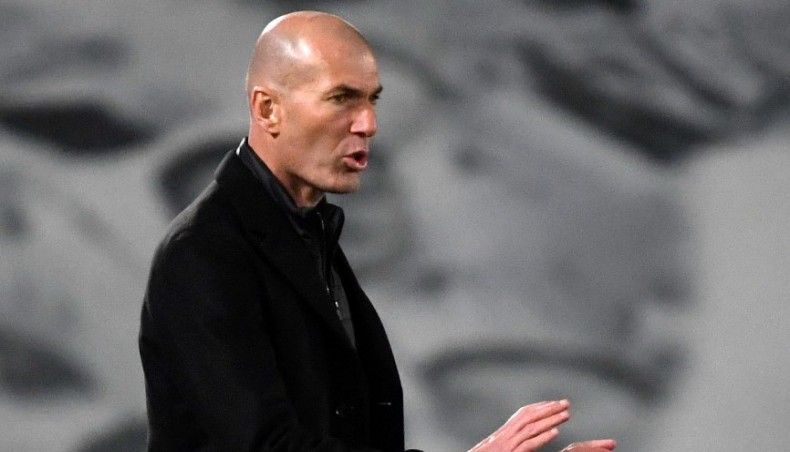 Zinedine Zidane again raised doubts around his future on Friday by admitting he is not looking beyond the current season as Real Madrid coach.

Zidane's contract runs until June 2022 but he has refused to confirm he will stay for the duration of that deal, with a possible move to the French national team mooted after the European Championships this summer.

Uncertainty also stems from the way Zidane left the club in 2018, when he unexpectedly resigned following Madrid's success in the Champions League, only to return less than a year later.

‘I don't look beyond what I am doing now,’ said Zidane in a press conference ahead of Madrid's La Liga game away at Celta Vigo on Saturday.

‘I don't plan for anything. You can sign for 10 years here and be out tomorrow. And the other way around, you can sign for one year and stay for 10. I am motivated by this year and the rest is a discussion I can't get into.’

Madrid are still fighting on two fronts this season, sitting third in La Liga, six points behind stumbling Atletico Madrid, and are through to the quarter-finals of the Champions League, with Friday's draw pitting them against Liverpool.

‘We know how hard that game will be against Liverpool,’ Zidane said. ‘At this level, all the teams are difficult and we know it will be a very, very demanding match.

‘We know this team and we know how much physically they demand of you.’

English teams have been forbidden from travelling to Spain for European games, meaning Madrid's home tie against Liverpool may have to be played abroad, instead of at the club's temporary training ground home at Valdebebas where Real are based while the Bernabeu is being renovated.

‘We don't know what will happen after March 31, but we will play where they tell us,’ said Zidane. ‘We would prefer to play in the (Alfredo) di Stefano, but we will see what they will say.’