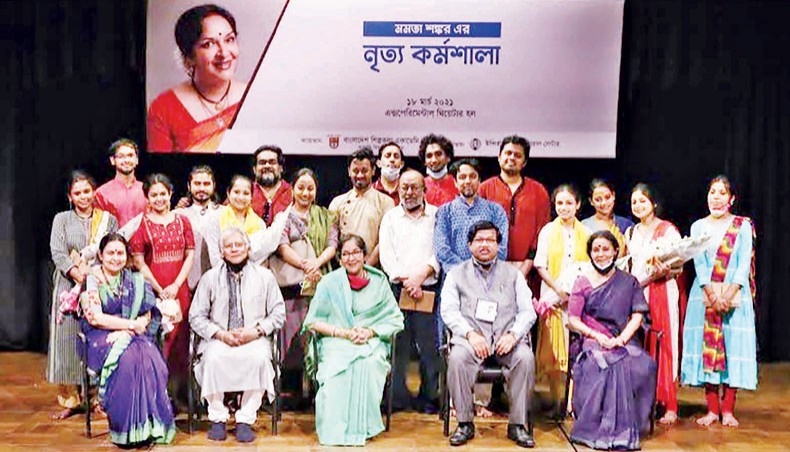 Guests and participants pose for a photo during a dance workshop held at the Experimental Theatre Hall of the Bangladesh Shilpakala Academy on Thursday. — Press release

A total of 95 dance artistes from different dance troupes of the country participated in the workshop, which focused on the dance style of the late Indian dancer and choreographer Udhay Shankar.

Bangladesh Shilpakala Academy director general Liaquat Ali Lucky, director of theatre and film department of the academy Afsana Mimi and renowned dancer Sharmila Banerjee, among others, were present as guests at the and event.

Mamata Shankar was assisted by 19 Indian dance artistes during the workshop, which was coordinated by BSA cultural officer Sahida Begum.