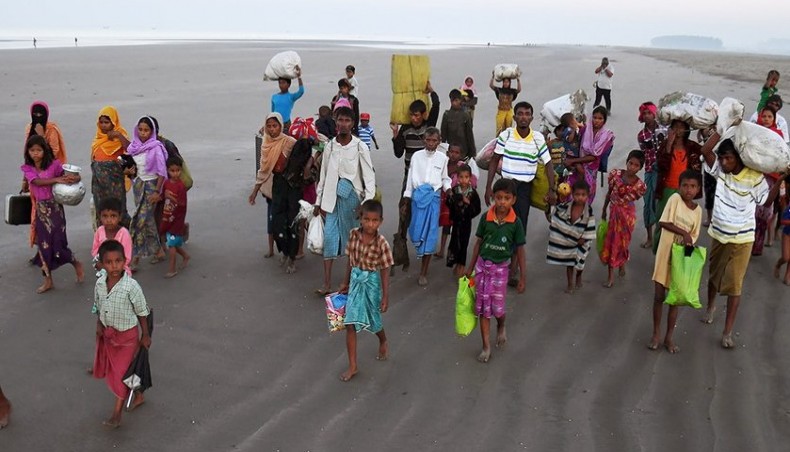 In this file picture taken on 9 November 2017, Rohingya who entered Bangladesh by boat walk toward refugee camps after landing in Teknaf district. -AFP photo

Japan government has decided to extend emergency grant aid of 10 million US dollar for the displaced Rohingya and hosts communities in Bangladesh.

The decision of providing the grant for humanitarian assistance was made on March 9, according to a press release issued by the Japan embassy here on Thursday.

It is expected to contribute to support for the displaced Rohingyas and the hosts communities in Cox’s Bazar in the areas of food distribution to approximately 345,000 people, rehabilitation of the shelters of approximately 14,000 people, and provision of medical and sanitation equipment to nine hospitals and three health facilities, the release said.

Along with this assistance, Japan has contributed 155 million US dollar in total to humanitarian assistance in Cox’s Bazar since August 2017.