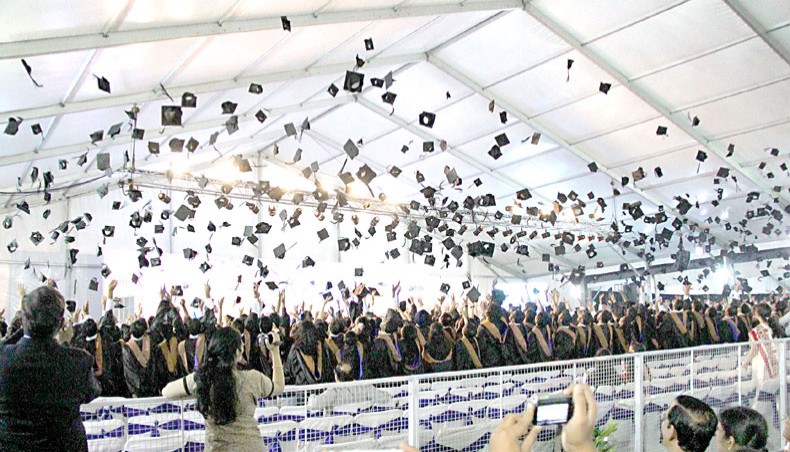 FORGET the global university rankings of any list. The global university promotion exercise is filled with snake oil and perfumed refuse, an effort to corrupt the unknowing and steal from the gullible. The aim here is to convince parents, potential students and academics that their institutions of white collar crime are appealing enough to warrant enrolment and employment at.

Writing in 2019, Ellen Hazelkorn, who has had an eye on the rankings system for some years, observed that 18,000 university-level institutions could be found across the globe. ‘Those ranked within the top 500 would be within the top 3 per cent worldwide. Yet, by a perverse logic, rankings have generated a perception amongst the public, policymakers and stakeholders that only those within the top 20, 50 or 100 are worthy of being called excellent.’

Rankings are complicated by a range of factors: methodological problems in arriving at the figure, what institutions themselves submit, their wealth (endowments, well moneyed donors, grants received) and age (old ties, networks), and, fundamentally, what is being asked of that institution. Such grading systems have been found, as Nancy Adler and Anne-Wil Harzing describe it, to be ‘dysfunctional and potentially cause more harm than good.’

One factor that does not find itself into the rankings bonanza is that of academic freedom. This surely would be one of the primary considerations in what is irritatingly called the ‘knowledge economy.’ None of the three most consulted registers — the QS rankings, Times Higher Education or the Shanghai Academic Rankings of World Universities — makes mention of it.

This has obvious implications. Higher education institutions in countries where repression, censorship, surveillance and punishment of academics are condoned do not need to worry about being compromised in the climb up the ladder. An obvious example is the application of the Chinese National Security Law to Hong Kong, which has seen entities such as the Chinese University of Hong Kong sever ties with the freshly elected student union. Campus events at both CUHK and the University of Hong Kong have also been cancelled for fears of violating the NSL.

The PRC is merely an obvious example. Countries supposedly romping home in any academic freedom contest also face questions. In Australia, thuggish administrators and academic turncoats are moving in on crushing the contrarians, reducing the entire teaching syllabus and research agenda to the drool of wonky projections and outcomes. The idea is simple: You must be decent and liked, boringly acceptable in discourse and compliant in observing directives from management. The project is guaranteed through such slime-coated documents as the ‘code of conduct’, which is meant to make everyone good by keeping education and incompetence in the higher echelons of university governance safe. Discomfort is eschewed; different thoughts suppressed.

Australian learning and research institutions, as in other developed countries, have been tempted by various powerful financial incentives — money from Chinese sources, for instance — to make any campus criticism difficult. Last year, the University of Queensland took a dim view of the protest efforts of student activist, Drew Pavlou citing 11 allegations of misconduct in a bulky 186-page document befitting any show trial process. Pavlou was suspended for ‘prejudicing’ the university’s reputation by, in his words, ‘using my position as an elected student representative to express support for Hong Kong’s democratic protesters.’ UQ’s vice-chancellor Peter Høj was damning in silence, telling the university’s alumni in a July 17, 2020 email that UQ lived and breathed ‘an ongoing commitment to the protection and promotion of free speech every day.’

A number of scholars and activists have suggested an institutional corrective to the deceptive picture of rankings. The Academic Freedom Index is one such proposal, developed by members of the Global Public Policy Institute (GPPi), the Friedrich-Alexander Universität Erlangen-Nürnberg (FAU), the Scholars at Risk Network and the V-Dem Institute.

In their report Free Universities: Putting the Academic Freedom Index Into Action, Katrin Kinzelbach, Ilyas Saliba, Janika Spannagel and Robert Quinn hope to ‘bring a rights and freedoms perspective into debates on higher education governance and policy.’ They make the point that academic excellence and reputation are currently considered mere functions of outputs in the current scheme. ‘As a result, institutions in repressive environments have climbed the reputation ladder and now occupy the top ranks.’ Confidently, the authors make the claim that featuring an adjusted rank “would lower the chances for institutions constrained by such restrictive environments to improve their international reputations and attract academic talents”.

The AFi is also drawn from 2,000 experts who were asked to contribute on various indicators ‘in the de facto realization of academic freedom’: the freedom to teach and research; freedom of academic exchange and dissemination; institutional autonomy; campus integrity; and freedom of academic and cultural expression.

As with any index, questions will be asked about what is left out. There is also something inherently artificial in the exercise of correcting a ranking using the AFi measure. Even the contributors to the report admit to not knowing ‘enough about academic freedom and the factors that sustain or threaten it.’ Declining levels of academic freedom are noted in Belarus, Hong Kong, Sri Lanka and Zambia; Gambia is earmarked as being stellar for permitting scholars’ freedom to collaborate and disseminate their findings.

As Saliba explained, most states which had witnessed a deterioration of academic freedom relative to 2019 were those implementing ‘novel regulations that limit freedom to research, teach and publish’ and initiated ‘repressive political acts against pro-democracy movements with a strong base among students and faculty.’ These are conventional measures, and do not consider the more subtle forms of suppression and regulation to be found in various Western states. Australian institutions, for instance, maintain their undeservingly high rankings, suggesting that much more needs to be done to make the index accurate.

A recommendation to the collective can be suggested. One of the most potent threats to the academy lies in the commercial and corporate bureaucratisation of the university, suggesting that the very notion of rankings, drawn from a global knowledge economy parcelled in the language of outcomes, is not only misplaced but deeply flawed. The AFi has merit on some level, but does not shed light on the more sinister policies focused on reputation management. In its current form, the index risks becoming a tool for managers keen to show they are making changes which leave no substantive effect.