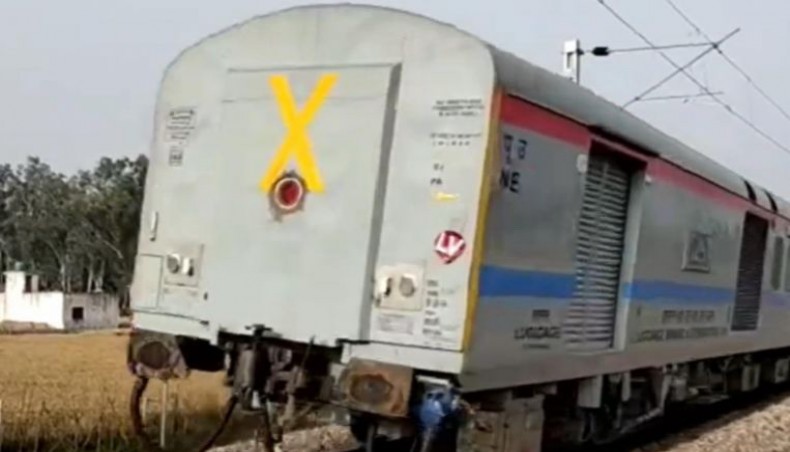 An Indian passenger train rolled backwards for 35 kilometres (20 miles), reports said Thursday, in an alarming but injury-free incident caught in a video that went viral on social media.

The ‘mechanical failure’ hit the service from New Delhi to Tanakpur, Uttarakhand state, after the driver slammed on the brakes to avoid hitting an animal on the tracks, the NDTV channel reported.

The rail company later said the animal in question was a cow.

Reports said the out-of-control train reversed almost 35 kilometres, but the railways ministry did not immediately confirm the distance.

Fatal accidents are common on India's vast but often dilapidated railway network, although in Wednesday's incident there were no injuries or deaths.

A tight-lipped statement from North Eastern Railway said only that an ‘incident’ on Wednesday occurred ‘due to cattle run over’. It did not elaborate on how the train was brought under control.

‘Train stopped just short of Khatima yard safely. There was no derailment and all passengers were transported to Tanakpur safely,’ it said, adding that the driver and the guard had been suspended.