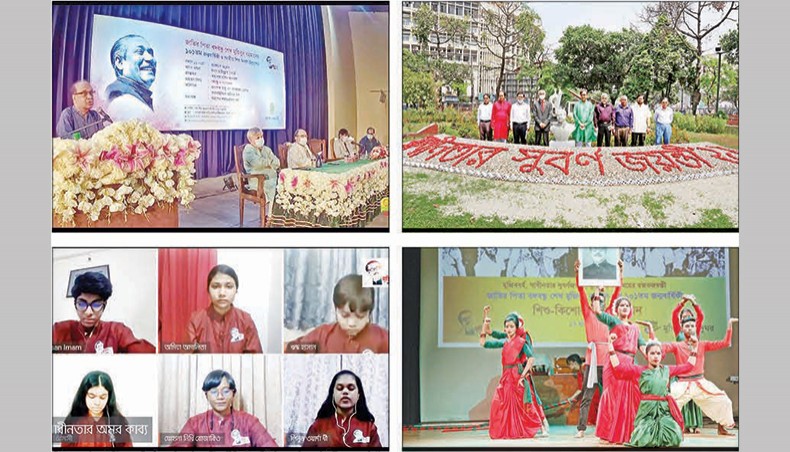 Bangladesh National Museum organised a programme and inaugurated a bust of Sheikh Mujibur Rahman on its premises.

Liberation War Museum organised a cultural programme at its auditorium marking the day.

Artistes of the organisation presented a recitation production titled Swadhinatar Amar Kabya featuring poems by popular poets, the historic March 7 speech and others.

It featured discussion and songs.

Artistes namely Anima Mukti Gomes, Sanjay Kabiraj and Shamima Parvin Shimu will entertain the audience rendering songs while Abul Khair will be present as discussant at the programme, which will be moderated by Bishwajit Roy.