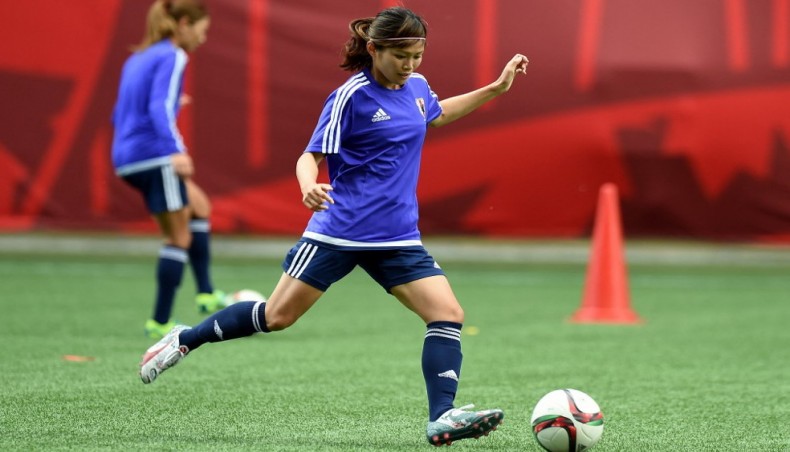 This file photo taken on June 14, 2015 shows Japan's midfielder Nahomi Kawasumi kicking a ball during a training session at the Winnipeg Stadium ahead of their Group C football match at the 2015 Women's World Cup in Winnipeg, Manitoba.— AFP photo

World Cup-winning Japanese footballer Nahomi Kawasumi confirmed she will not take part in the coronavirus-delayed Tokyo Olympics torch relay, after originally pulling out last year because of concerns over the pandemic.

Kawasumi, who plays in the US for National Women's Soccer League side Sky Blue FC, tweeted Monday that she has not changed her mind over being part of the event, due to start on March 25, citing worries over infections and travel arrangements.

Members of Japan's 2011 World Cup-winning squad are due to use the Olympic flame to light the torch at the start of the nationwide relay in Fukushima.

‘The infection problem still hasn't been resolved, and there's also the fact that I live in the US, so I have made this decision,’ she wrote.

‘I'm praying for everyone's health and that the situation can be resolved even one day earlier. The difficult days continue but let's all stand firm together.’

Kawasumi withdrew from the event last year just days before it was due to begin, explaining there was ‘a high risk’ of catching Covid-19 or infecting others.

The torch relay was postponed soon after, as International Olympic Commission chiefs and Japan's then prime minister Shinzo Abe took the unprecedented decision to delay the Games by one year.

Games organisers announced Monday that spectators will be barred from the opening ceremony and the first leg of the relay, which is set to begin with pared-down celebrations broadcast online.

Fans will be allowed to line the route for the torch relay, but organisers have warned that ‘individual relay segments will be suspended if there is a risk of overcrowding’.

Organisers are expected to take a decision before the torch relay begins on whether spectators from overseas will be allowed to enter Japan for the Games.