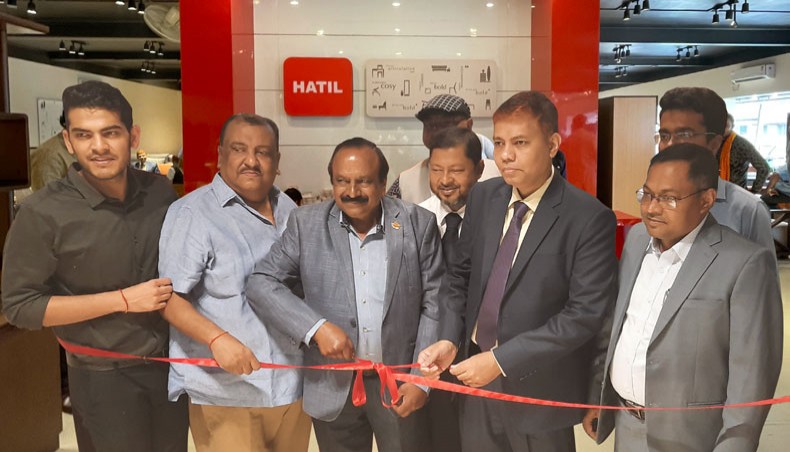 Participants pose for a photo at the inaugural ceremony of a Hatil showroom in India’s Dhanbad on March 14. — Press Release

Furniture brand Hatil opened its 24th in India’s Dhanbad area under the state of Jharkhand on March 14.

The showroom displays a collection of living, dining and bedroom furniture among other items. Manmac Furnitures, the franchise partner of Hatil in Eastern India will operate this brand store by the sub-franchise of Manmade Furnitures, said a press release on Tuesday.

Harsh Agarwal and Rajiv Agarwal, owners of Manmade Furnishers, Varun Kumar Jindal, master franchise of Hatil in Northern and Western India and director of Kratos Furnishers, Sushanta Saha, business development manager of Hatil in the East region of India, were also present there.

This is the second Hatil showroom in Jharkhand state.  At present, Hatil has a total of 24 showrooms in different regions of India.