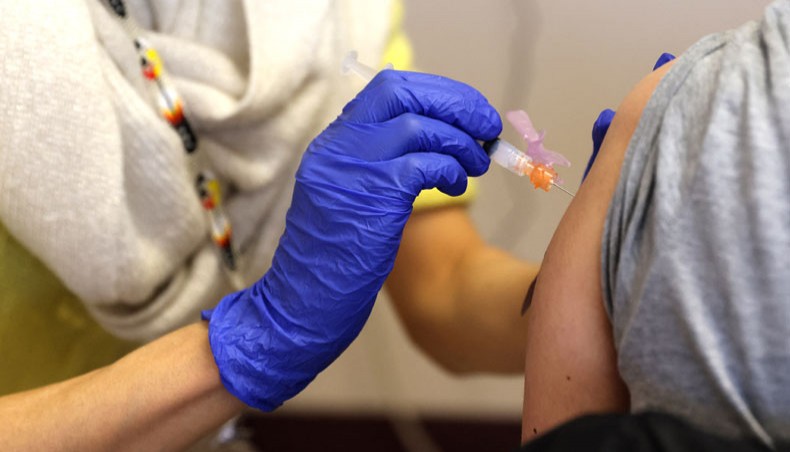 Kim Vo, a pharmacist from the Seattle Indian Health Board, administers the first of two COVID-19 Moderna vaccine shots to staff from the Seattle Public Schools on March 15, 2021 in Seattle, Washington. — AFP photo

China will give United Nations peacekeeping troops 300,000 doses of coronavirus vaccine, the Chinese diplomatic mission to the UN said on Monday, bolstering the 200,000 doses already pledged by India to protect 100,000 soldiers and police officers deployed in peace missions.

The mission said that China’s ambassador to the UN, Zhang Jun, had told secretary-general Antonio Guterres of the donation ‘to UN peacekeepers, with priority given to the peacekeeping missions in Africa.’

‘This is a further step to make China’s vaccines a global public good, and also a demonstration of China’s firm and continuous support to the UN and multilateralism,’ it said in a statement.

The Chinese foreign minister told the security council last month that his country intended to provide vaccine doses for peacekeepers, but he did not specify how many.

The same day and at the same meeting, his Indian counterpart S Jaishankar had announced that his country was going to give 200,000 doses for the 100,000 peacekeepers deployed in the world, with two doses per recipient, an Indian diplomatic source said.

Neither country has specified yet the type of vaccine that will be given.

The Chinese mission added that China — where the virus was first detected — has ‘provided vaccine assistance to 69 countries and two international organizations, and exported vaccines to 28 countries.’