Leaving Afghanistan by May 1? 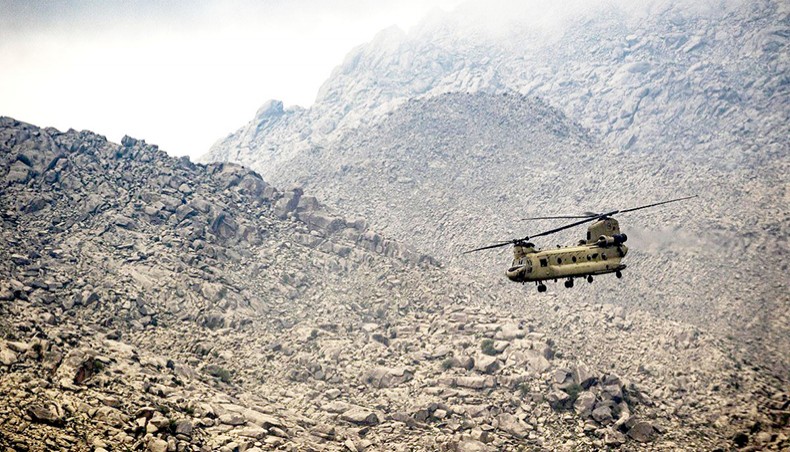 WILL the US. military ever leave Afghanistan? The answer appears to be no. When the US military comes it stays. It’s been in Germany since the 1940s, and now has expanded, with its attack dog, NATO, from there throughout Eastern Europe to menace Russia. The Afghan adventure has so far lasted 20 years and cost two trillion dollars. Afghanistan provides a convenient, imperial base from which to threaten China. The US military, realistically, will never want to give that up.

Trump left office with plans in place for the remaining 2500 US troops to depart Afghanistan by May 1. Not a word about the 18,000 contractors, aka mercenaries, who have long outnumbered US soldiers in Afghanistan. Like those soldiers, these mercenaries’ lives are at risk. They are also a geopolitical liability. If one gets killed, as happened not too long ago in Iraq, the US retaliates. That could ignite war at any time.

Trump’s attempt to remove US commandos from Afghanistan was a grudging concession to reality: the Taliban control most of the country and, if things continue on their current trajectory, will sooner rather than later rule all of it. They are a battle-hardened force, regard Americans as invaders and certainly do not need the much ballyhooed and likely phony bounties from Russia as an incentive to attack US troops. (Western media also accused the Chinese, those copy-cats, of putting bounties on US soldiers, but somehow that frenzied fabulation never caused the hullaballoo that the Russian one did.) The Trump team therefore negotiated with the Taliban, who did not cease harassing US-backed and financed Afghan government forces throughout this process. Biden quickly applied the brakes to the Trump disengagement vehicle.

Biden must know that by staying longer or adding troops, he ensures US casualties. The military knows it. But that’s a price our generals appear willing to pay. After all, the Taliban and the US military have been killing each other for 20 years. What is another 20? US generals have referred to this war as a ‘generational’ conflict. Apparently, they don’t mean just one generation.

‘The consequences of unilaterally ignoring the May withdrawal deadline will be the dissolution of the US-Taliban agreement, placing US soldiers back in the crosshairs of the Taliban’, wrote Adam Weinstein recently in Responsible Statecraft, ‘and an end to intra-Afghan negotiations.’ Weinstein argues that those intra-Afghan talks may fail to produce a peace agreement, ‘but it is dead on arrival if Washington chooses to ignore the deadline altogether. An endless US war effort will be the only remaining option.’

Altogether 35 governments currently have soldiers in Afghanistan. According to World Beyond War, these troop numbers range ‘from Slovenia’s six to the US’s 2500. Most countries have fewer than 100.” Meanwhile, Ireland, Canada, Jordan, Croatia, New Zealand and France have removed their soldiers altogether. It’s a safe bet that were the US to honour its deal with the Taliban and leave, those other 34 countries would follow suit.

That is the wise course. ‘Militarily the war against the Taliban has long been lost’, according to Moon of Alabama on February 23. ‘Even with the 100,000 western troops the Obama administration had sent, there was no way to win it.’ But of course, if the US finally departs, the current Afghan government may very well fall. Talks resumed on February 23, but the Taliban still resist a ceasefire; they still kill Afghan government troops, and plenty of other Afghans.

In late February, Secretary of State Antony Blinken ‘proposed a United Nations-led peace conference’, in a letter, MSN reported, to form ‘an inclusive Afghan government with the Taliban and establishing a three-month reduction in violence leading to a ceasefire.’ Blinken suggests convoking the foreign ministers of Russia, the United States, China, India, Pakistan and Iran to put together a peace proposal. This longshot actually seems like a good idea; it worked with the Iran nuclear deal, until Trump came along. Let’s just hope the US never has another such loony leader, determined to rip up every treaty that doesn’t have his very own signature on it.

Meanwhile a ceasefire. Such a truce is what’s needed, argues Dexter Filkins in the New Yorker — a promise from the Taliban to stop its attacks. But there’s no clear path to getting that before May 1, even with Blinken’s offer — and it may not exist any time after that, either. Still, Washington appears to want to delay the withdrawal deadline, which the Taliban will not agree to.

In an aside exposing the cruelty, dysfunction and absolute power of empire, Filkins describes how the US transferred Taliban leaders from Guantanamo, where many had been tortured and all had been isolated for nearly 20 years, to luxury apartments with their families in Doha, so they can negotiate ending the war. Filkins mentions that some of these Taliban seem dazed and unfocussed after so many years in prison. From the lower depths to opulence, in the time it takes for one plane trip. ‘We tortured you for years, but now we need you’, is the peculiar message from US negotiators, whom these Taliban must regard with a jaundiced eye, to say the least, that is, those of them who still have the unbroken mental capacity to consider their circumstances.

Western money sponsors the Afghan government, which clings to power and has stalled negotiations on occasion. ‘Without financial pressure’, Moon of Alabama writes, ‘there is no chance that the Afghan government and the Taliban will ever reach a power sharing deal. Even if there would be an agreement, there is little chance that it will be upheld by all sides. The conflict would likely reignite and the Taliban would win.’ The most viable solution is a speedy US departure. But anonymous officials have said that as far as the Biden team’s concerned, a full withdrawal by May is off the table. In his letter, however, Blinken says it’s still possible.

One wonders how the US government will prime the press to cover this likely extension of an utterly pointless war. Will it squawk ‘democracy!’ as it has so often in the past? After the initial US assault to root out al-Qaeda in 2001, democracy-building was the watchword. Then came feminism, promoted by the unlikely trio of Bush, Cheney and Rumsfeld. Lately less of that. Instead, we get tired nostrums about ‘reducing the level of violence.’ Not to be a party pooper, but there will always be violence in Afghanistan. If we wait until perfect peace breaks out, we’ll be there forever, which appears to be the plan.

Just how badly the democracy venture was a bust is instructive. ‘Afghan officials have conspired for more than 15 years to both multiply and ignore election fraud’, wrote James Bovard recently. ‘US tax dollars poured into the coffers of Afghanistan’s Electoral Complaints Commission to safeguard voting. Alas — that agency was a prime source of the most brazen vote stealing.’

Tangled up with all these prevarications about why we are in Afghanistan is the heroin trade. Since 2001 Afghanistan has led the world producing opium, responsible for over 90 percent of the world’s heroin. By 2017, according to Alfred McCoy in the Guardian a year later, Afghan opium production had reached 9000 tons. Money from the sale of that pays wages to Taliban fighters. McCoy explains how western intervention made Afghanistan ‘the world’s first true narco state.’

It’s not too much of a stretch to say the Afghan struggle is a war for control of the country’s opium profits. A teachable moment is provided by the case of one Afghan drug-kingpin, Haji Juma Khan who, targeted by federal prosecutors and the DEA, never went to trial. His lawyer noted evidentiary discussions of ‘several law enforcement agencies from the United States approaching people in Afghanistan, including Mr. Khan, and requesting assistance… payments made, services requested’, according to a 2018 article in the Intercept.

Allegations of the CIA’s enmeshment in Afghan drug trafficking percolated thorough articles, reports and books in recent years. The US government investigated some of these claims. Suffice it to say, it would be shocking if the CIA were not involved in the Afghan heroin trade. It’s simply too lucrative to resist. But even with the CIA’s hand in this cookie jar, the Taliban appears to have that jar firmly in its grasp. Which means they have a steady source of income to finance their war indefinitely. The only question is when will Washington accept reality and either leave or admit that it intends to squander blood and treasure in Afghanistan ad infinitum? Or will the high council of ministers that Blinken hopes to convene somehow save the day? Chances are a much more prosaic course will prevail: the US military will stay and gloss over its plans. Democracy, peace, women’s rights. Take your pick of these excuses. They all mean the same thing — endless war.

CounterPunch.org, March 12. Eve Ottenberg is a novelist and journalist. Her latest book is Birdbrain.