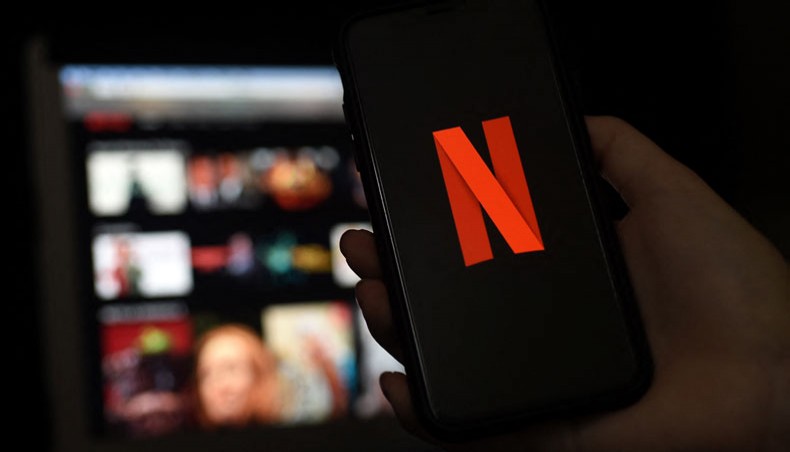 In this file photo illustration a computer and a mobile phone screens display the Netflix logo on March 31, 2020 in Arlington, Virginia. — AFP Photo

Streaming television colossus Netflix on Friday was dabbling with more strictly enforcing its rule against sharing passwords with people living elsewhere, according to US media reports.

Some Netflix users who were apparently tapping into other people’s accounts turned to Twitter to share news of an apparent crackdown along with posts of a notice telling them they need to be subscribers to keep watching the service.

Netflix included an offer to try the service free for 30 days, according to a copy posted at Twitter.

Netflix offers to verify who is trying to log into an account by sending a code via text message or email to the subscriber to confirm the user lives with them.

‘This test is designed to help ensure that people using Netflix accounts are authorised to do so,’ a Netflix spokesperson is quoted as telling US media outlets including The Streamable, which broke the news.

It was not certain the test of the account-user check would turn into a crackdown on password sharing across the service.

Nearly a third of subscribers to television streaming services such as Netflix share their passwords with people who don’t live with them, according to a survey last year by consulting firm Magid.

The practice has long been tolerated by California-based Netflix, which has said that ‘guardrails’ are in place to prevent extreme abuses in password sharing.

People stuck at home due to the pandemic have turned to the internet for entertainment from streaming television to online video game play.

By the end of last year, Netflix solidified its lead position in video sharing by passing 200 million paid subscribers worldwide for the first time.