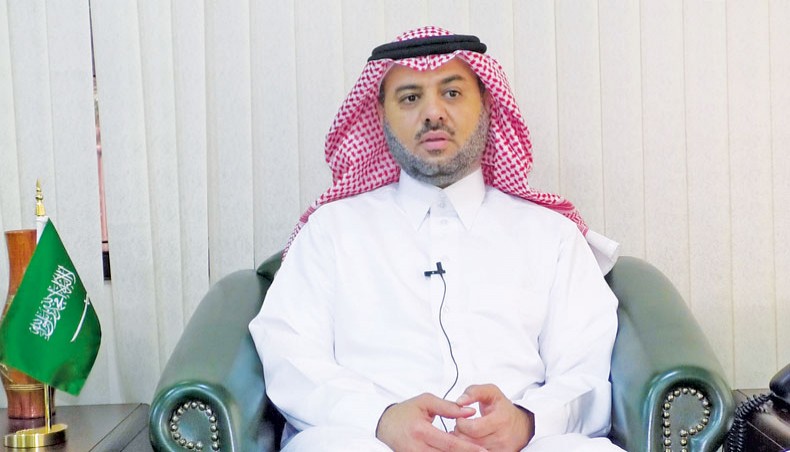 ‘Prime minister Sheikh Hasina has invited Saudi business groups to invest in Bangladesh. But when the potential investors engage at the lower levels here, they are facing barriers,’ he told New Age at his office, adding, ‘easing procedures and removing obstacles would be essential.’

Describing the procedures of the government and the official handling of files slothful, he said, ‘Officials are not aware about the magnitude of the Saudi investment.’

The delegations of Aramco, a multi-billion dollar Saudi company, came to Bangladesh three times but returned without making any headway, the ambassador said.

Ambassador Essa said that the relations between Bangladesh and Saudi Arabia should not be about only deployment of manpower, rather it should be multidimensional, involving political, economic, progress in sports, defence security, et cetera.

There are also high potentials for two-way investments with scopes for Bangladeshi companies to go to Saudi Arabia, he said, adding that at present Saudi Arabia is a destination of the big companies of the world for investment.

‘We want Bangladeshi companies to partake in investment in the Saudi market and explore the opportunities in Saudi Arabia, which have introduced a public investment fund worth US$1.97 trillion by 2025.’

Mentioning the employment opportunities for Bangladeshi workers in Saudi development efforts, the ambassador said there have been some major changes in the pattern of employment in the kingdom.

‘We now need skilled people, including engineers and people with knowledge of technology, not ordinary workers…Make sure to train workers before sending them  so that they can compete with workers from other countries,’ he said, adding that Saudi Arabia is ready to invest in training facilities for language and skills for potential workers.

Some 2.2 million Bangladeshi workers, including 1.6 million people recruited in the last five years, have been contributing in the development of Saudi Arabia and implementing Vision 2030 of the kingdom, said the envoy.

Some US$3.5 billion were remitted to Bangladesh through banking channels alone, and the amount would be US$9 billion, including the money sent through informal channels, he said.

When asked about the violations of rights and harassments of the workers, the ambassador said crime incidents are not uncommon in any country, ‘but the Saudi authorities deal things in a fair manner under laws and regulations, which are non-discriminatory for both Saudi nationals and foreigners.

A Saudi national was tried and beheaded recently for murdering a Bangladeshi worker.

Most of the crimes are generated by the brokers who make false promises of high salary and produce a wrong image about the jobs, he said, mentioning that ‘middlemen are not essential in the recruitment process…Saudi Arabia is against trafficking of people.’

About the position on Rohingya people living in the kingdom, the ambassador said that about 3,00,000 Rohingya minority people had been living in Saudi Arabia since 1948 and the country extended its political and humanitarian support to the members of the community, including the people living in camps in Bangladesh.

About 55,000 Rohingyas flew from Dhaka to Saudi Arabia over the years using Bangladeshi travel documents, he said, ‘now they have become illegal as they do not possess any valid travel document. They cannot do anything and Saudi government is not at fault.’

The Saudi government requested the Bangladesh embassy in Riyadh to ‘renew their passports’ as undocumented residents cannot be allowed to stay in Saud Arabia, said the ambassador.

Bangladesh and Saudi Arabia can explore potentials in other areas, including defence, tourism and education, he said.

Potential Bangladeshi tourists can seek e-visa through an online system and transit visas to explore sites in Saudi Arabia and students can avail scholarships to study there, he said.

The Saudi Arabian embassy in Dhaka issues 3,000 visas per day in various categories, he added.

Bilateral trade between the two countries was about US$2 billion in favour of Saudi Arabia in 2019, according to Bangladesh diplomats.