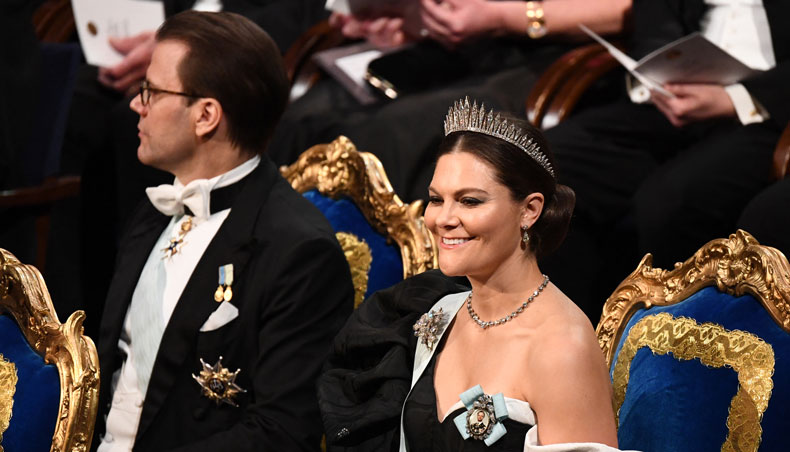 In this file photo taken on December 10, 2019 Crown Princess Victoria of Sweden and Crown Prince Daniel of Sweden sit at the start of the Nobel awards ceremony at the Concert Hall in Stockholm, Sweden. — AFP photo

Sweden’s Crown Princess Victoria and her husband Prince Daniel have both tested positive for coronavirus, the Swedish Royal Court said on Thursday.

The royal couple went into self-isolation together with their two children — Princess Estelle and Prince Oscar — on Wednesday after exhibiting cold symptoms, the court said.

‘The crown princess and Prince Daniel are showing minor symptoms but are doing well under the circumstances,’ the court said in a statement, adding that tests on Thursday had confirmed they had COVID-19.

Contract tracing, under the auspices of the royal family’s doctor, were underway.

The couple are not the first royal family members to catch COVID-19, as Victoria’s younger brother Carl-Philip and his wife Sofia have already had the virus.

Sweden, which has become famous for its controversial softer approach to curbing the COVID-19, had as of Thursday recorded over 707,000 confirmed cases and 13,111 associated deaths in the country of 10.3 million.

Sweden has never imposed the type of lockdown seen elsewhere in Europe, relying mostly on non-coercive measures and prioritising social distancing over the use of face masks.

But it has since November begun tightening its rules, banning the sale of alcohol after 8:00pm, outlawing gatherings of more than eight people and restricting the number of customers in shops, swimming pools and sports centres.

As of March 1, it has also required all restaurants and cafes to close their doors by 8:30pm, as the country is attempting to head off a third wave of the virus.