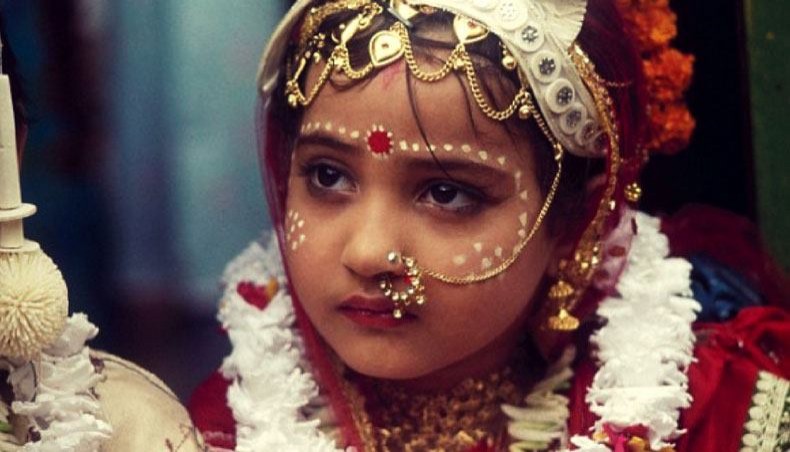 At least 13,886 child marriages took place in 21 districts of the country between April and October in 2020 amid the COVID-19 pandemic, said a report on Thursday.

Of the victims, 5,089 reported unwanted pregnancies after the marriages, said the report, published by Manusher Jonno Foundation at a webinar.

The report found that among these marriages, 4,866 were registered by the marriage registrars.

The survey for the report was conducted on 21,258 unmarried and married girls aged up to 19, their parents, local government representatives including upazila nirbahi officers and officials of Department of Women Affairs, marriage registrars, local leaders, teachers and police officials of 409 unions under 84 upazilas at 21 districts.

The Rapid Analysis of Child Marriage Situation during COVID-19 in Bangladesh was conducted by MJF with the support of Plan International, UNFPA and UNICEF.

Thirty per cent of the total respondents mentioned increased poverty and not being able to arrange the basic needs of family members during the pandemic as major reasons for these marriages while existing social norms, school closure and insecurity were blamed as other reasons.

Seventy-eight per cent of the initiators of these marriages were parents.

MJF executive director Shaheen Anam, who chaired the webinar, said that during the pandemic the number of child marriages increased and urged the government to conduct a nationwide survey to find out the overall scenario.

Women and children affairs ministry joint secretary Md Muhibuzzaman said that it was an alarming matter that many marriages were registered by the registrars.

According to a UNICEF report published in October 2020, in Bangladesh, 51 per cent of young women were married before their 18th birthday.

Bangladesh has the highest prevalence of child marriage in South Asia, and is among the 10 countries worldwide with the highest rate, it added.