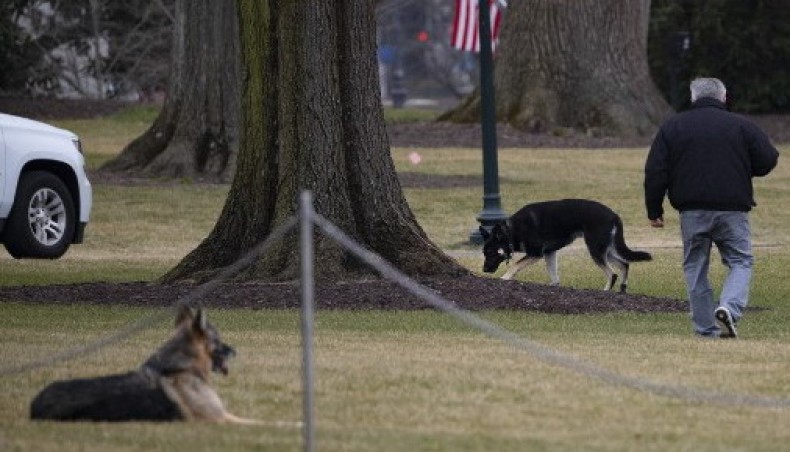 In this file photo taken on January 25, 2021 First dogs Champ and Major Biden are seen on the South Lawn of the White House in Washington, DC. - AFP photo

President Joe Biden has sent his two dogs back to his family home in Wilmington, Delaware, after the younger of the two German Shepherds was involved in a ‘biting incident’ with a White House security agent, US media said Monday.

Three-year-old Major, whom Biden and his wife Jill adopted in November 2018 from an animal shelter, had been displaying aggressive behavior including jumping, barking and charging at White House staff and security, CNN reported, citing two anonymous sources.

The sources described a ‘biting incident’ involving a member of the security services but did not specify if the person was injured. The episode was, however, seen as serious enough for both dogs, including 13-year-old Champ, to be returned to the Bidens' home in Wilmington last week.

Major is the first rescue dog to have lived in the White House, having moved in after Biden's inauguration in January.

Biden's predecessor Donald Trump did not have any pets at the White House.

It was not immediately clear when -- or if -- the dogs would be allowed to return.

First Lady Jill Biden said in an interview last month she had been focused on getting the dogs settled into their new home in Washington.

‘They have to take the elevator, they're not used to that, and they have to go out on the South Lawn with lots of people watching them. So that's what I've been obsessed with, getting everybody settled and calm,’ she said on ‘The Kelly Clarkson Show.’