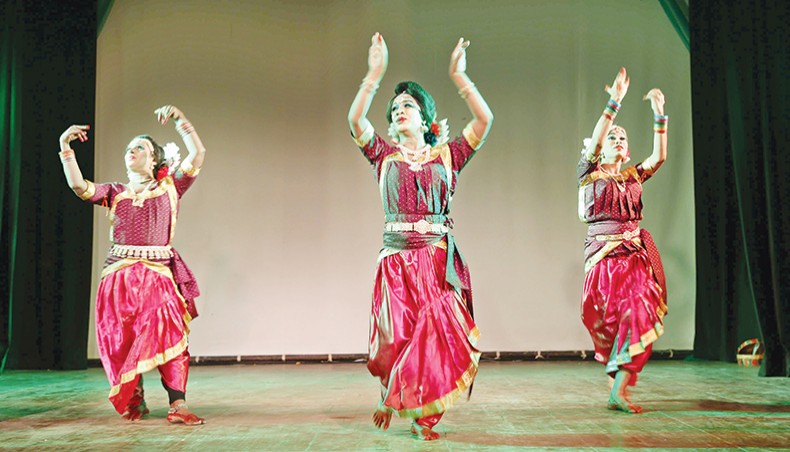 Artistes and cognoscenti observed International Women’s Day 2021 through discussions and cultural shows held at different venues in Dhaka on Monday.

Education minister Dipu Moni was present as chief guest while president of Abritti Samannay Parishad Asaduzzaman Noor and former vice-chancellor of Dhaka University AAMS Arefin Siddique, among others, were present as special guests at the programme.

‘Women play a significant role in the development of society. Recitation artistes under the banner of Bangladesh Abritti Samannay Parishad have been raising their voices against gender discrimination. We regularly arrange programmes to make people aware about the rights of women in society,’ said Ahkam Ullah.

‘The women of the country sacrificed a lot during the War of Independence in 1971. Bangabandhu declared the women who were tortured during the war by the Pakistan army as his daughters. Though the government is working to ensure the rights of women, we have to remember that change begins at home,’ said Asaduzzaman Noor.

‘I would like to congratulate all women on the occasion of International Women’s Day. I would like to recall the contribution of women who suffered during the war. Prime minister Sheikh Hasina took initiatives for empowering women for the first time in 1997. We have to respect women and ensure their rights in society,’ said Dipu Moni.

The programme featured discussion and a dance recital. The event aimed at raising awareness about the leadership role of transgender women among common people.

Dance troupe Essence of Soul, which was formed in 2006 with core support of Bandhu Social Welfare Society, presented a dance recital titled Beautiful Bangladesh. The production was dedicated to the country’s founding president Sheikh Mujibur Rahman.