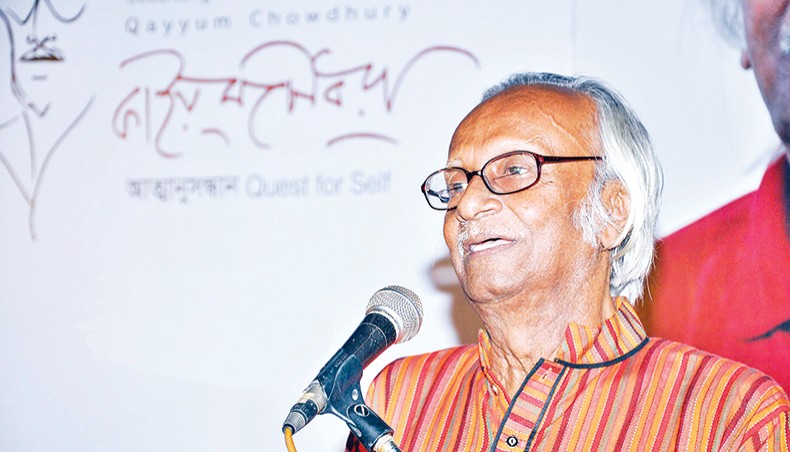 Today is the 89th anniversary of birth of the late eminent artist Qayyum Chowdhury.

Chowdhury’s works delve deep into folk, rustic life and traditions. Fish, flowers, women, birds and greenery are recurring objects on his canvas. He graduated from Government Institute of Arts, now Faculty of Fine Arts, University of Dhaka, in 1954 and joined the college as a lecturer in 1957.

Following which, he took a job at the then Design Centre under Quamrul Hassan. He later joined the then Pakistan Observer as the chief artist. He went back to Dhaka Art College in 1965 and retired as a professor in 1994. But, he kept teaching in DU until 2002.