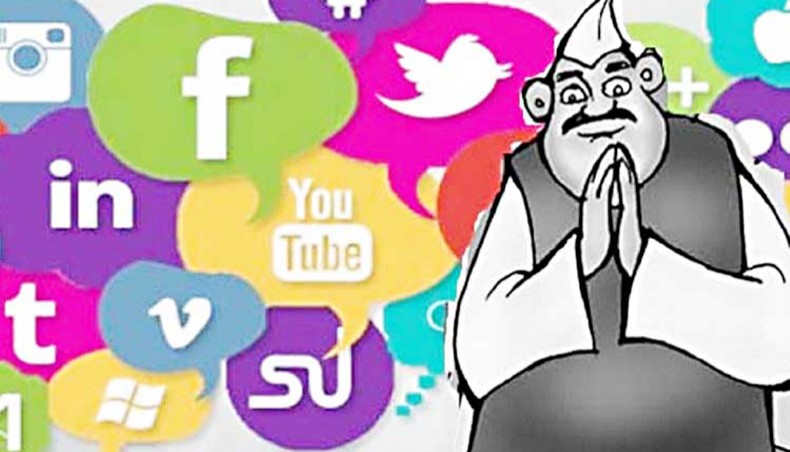 HAVING made something of a splash last month with the fuss over Australia’s News Media Bargaining code, Facebook, and the digital giants, are facing another stormy front in India. The move here has nothing to do with revenue so much as alleged bad behaviour. ‘We appreciate the proliferation of social media in India,’ stated Ravi Shankar Prasad, India’s minister of electronics and information technology. ‘We want them to be more responsible and more accountable.’

Such responsibility and accountability will purportedly be achieved through the Information Technology (Intermediary Guidelines and Digital Media Ethics Code) Rules, 2021. They are part of a programme that has been incubating for some years. An IT industry consultant advising the government expressed the sentiment to Wired in 2018. ‘The government’s message is: If you want to do business in India, do it on our terms and conditions or you are free to leave.’ Previously, the Indian approach has been more timorous. It had ‘always been do it the Apple way, do it the Facebook way, do it the Amazon way.’

Behind such rules is a crude, self-vested interest at work. The primary role of social media lies in the sharing of information. Governments tend to be happy with material they can finesse, curate and control on such platforms. When the platforms become home for material that challenges the official version, stirring the blood of the citizenry or encouraging misrule, problems emerge.

To make its case, the Indian government has resorted to the marketing of moral outrage. Over the last years, fake news has become something of a favourite, the zeitgeist driving the regulatory truck. In 2017 and 2018, over 40 deaths due to mob violence were said to have arisen from generously circulated disinformation. On July 1, 2018, in the hamlet of Rainpada, five men, all members of the Nath Panthi Davari Gosavi wanderers, were beaten to death. They were victims of a rampaging mob incensed by rumours circulating on WhatsApp that the area was crawling with opportunistic child kidnappers.

The Indian authorities duly asked WhatsApp to assist in stopping the ‘irresponsible and explosive messages’ on its platform. Some actions were taken. The number of forwards was limited to five at a time. Those messages also sported a ‘forwarded’ tag. This did little to pacify government officials.

The regulatory framework will entail three tiers: self-regulation by the entity itself, self-regulation through ‘self-regulating bodies of the applicable entities’ and an ‘oversight mechanism by the central government.’ The creation of ‘chief compliance officers’ by the companies is envisaged as ‘nodal’ persons responsible for 24 hour ‘coordination with law enforcement agencies and officers to ensure compliance to their orders or requisitions made in accordance with the provisions of law or rules made thereunder.’ Resident Grievance Officers will also have to be appointed.

The introduction of this additional layer of regulation will constitute a form of bureaucratic strangulation, with the oversight mechanism open to censoring content in a manner that goes even beyond the current powers of the ministry of information and broadcasting for TV regulation.

The Internet Freedom Foundation considers the mechanism a calamity in waiting, breaching the digital rights of citizens, causing economic harm ‘and [it will] also negatively impact India’s growing cultural influence through the production of modern and contemporary video formats entertainment.’ In anticipation of the government code, 17 over-the-top platforms have already developed ‘self-regulation toolkits’ which risk embracing the genie of self-censorship.

The incorporation of news media in the code goes beyond the ambit of current legislation and potentially exceeds the safe harbour protections for intermediary platforms outlined by section 79 of the Information Technology Act. That section exempts intermediaries hosting material from liability provided they follow various stipulated guidelines. The draft rules, as they stand, circumvent due process and parliamentary scrutiny through regulation. Media would also be censored if the government were to take a broad reading of the definition ‘publisher of news and current affairs content’.

Prasad does not merely want social media channels to be more diligent monitors and, if necessary, censors. He is clear that such digital platforms lend a hand in identifying culprits who might be behind the dissemination of information and be targets of government prosecution. ‘We don’t want to know the content, but firms need to be able to tell who the first person was who began spreading misinformation or other objectionable content.’

Sub-rule (2) of Rule 5 proposes to do this, stating that the significant social media intermediary primarily responsible for providing messaging services ‘shall enable the identification of the first originator of the information on its computer resource as may be required by a judicial order passed by a court of competent jurisdiction’ or by ‘the competent authority’ pursuant to legislation.

The unacceptable content officials have in mind is detailed in a government release. The objectionable material would be the sort that relates to Indian sovereignty and integrity, state security, friendly relations with states, ‘public order or of incitement to an offence relating to the above or in relation with rape, sexually explicit material or child sexual abuse material punishable with imprisonment for a term of not less than five years’. Prosecutors will have much to play with.

Breaking the resistance of companies such as WhatsApp to traceability requests has been a central aim of the Modi government, despite such proposals being dismissed as ineffectual in actually achieving their stated purpose. They are not the only ones. End-to-end encryption is seen by states as a technique for concealment, ripe for abuse, which is always a mean spirited way of clamping down on digital sovereignty. Countries such as the United States, the United Kingdom and Australia fantasise about creating backdoors to content. That very subject is being currently considered by the Indian Supreme Court in the case of Antony Clement vs Union of India.

The emerging trend here is that, while such policy may fail to achieve its stated goal, it will certainly be pernicious in other ways, as any backdoor weakening of encryption or vital escrow systems would breach privacy and security. Given that encryption acts as a safeguard in the current digital environment of data aggregation, while also deterring identity theft and code injection attacks, the draft rules look menacing.

Manoj Prabhakaran, professor of computer science and engineering based at ITT Bombay, suggests that states should do the opposite. In a furnished expert report in the Antony Clement case, he urges government authorities to ‘promote strong encryption and anonymity. National laws should recognise that individuals are free to protect the privacy of their digital communications by using encryption technology and tools that allow anonymity online.’

While the conduct of digital platforms is monstrous in terms of their operating rationale, not least their tendency to monetise privacy and commodify predictive behaviour, government scapegoating is a shallow distraction. The agenda of the Modi government is moral stringency, surveillance and the monitoring of unruly citizens. Breaking down the doors of encryption while encouraging social media giants to regulate themselves into censorship, is all in keeping with this theme.