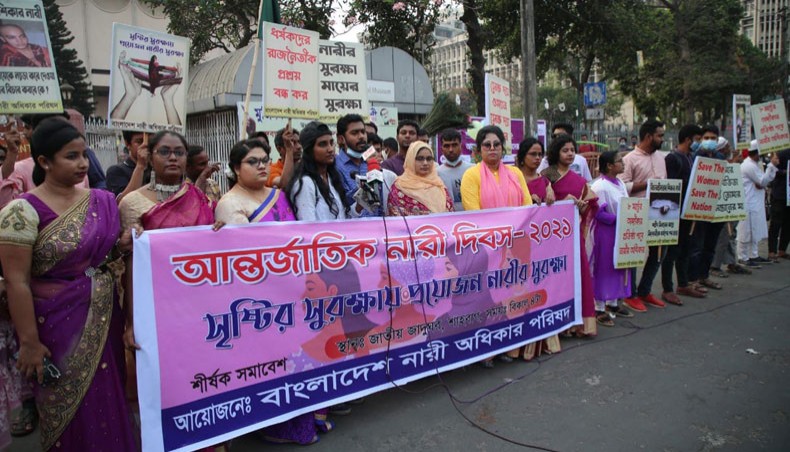 They announced the names of the newly formed women wing at a rally held at around 5:00pm in the presence of former DUCSU VP Nurul Haque Nur.

Leaders from different units of Students’ Council were also present.

Advocate Shirin Sultana was made the coordinator of the council.

Nur, also the joint convener of Bangladesh Students’ Rights Council, said, according to the Election Commission, 32 per cent of women participation is a must for the registration of a political party.

‘But the leading political parties of the country failed to maintain this. It is impossible to take the country forward without the participation of women,’ he said.