KSA to find ways to get engaged in Bangladesh PPP projects 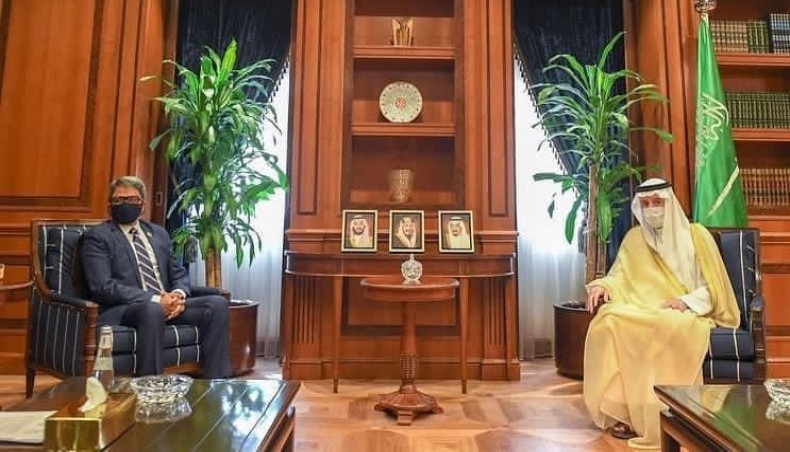 Saudi Arabia is likely to find ways for encouraging investment in Bangladesh from the Kingdom under the public-private partnership between the two sides.

Saudi state minister for foreign affairs Adel Al-Jubeir expressed his hope in this regard on Sunday as his Bangladesh counterpart Mohammed Shahriar Alam requested the Arab Kingdom for signing a memorandum of understanding between the Public-Private Partnership Authority of Bangladesh and competent Saudi authority.

The request was made in a meeting between the two state ministers in Riyadh to enable the Saudi investors to invest in Bangladesh on PPP projects, according to a foreign ministry press release.

The Bangladesh state minister is in Saudi Arabia now on a three-day official visit.

Adel Al-Jubeir also assured Shahriar Alam of considering an interim arrangement for the irregular Bangladeshi workers in the Kingdom for their access to health facilities and employment.

He also welcomed a proposal from the Bangladesh state minister for joint venture in contract farming in suitable African countries where Bangladesh can provide its expertise in agriculture and manpower.

Both the ministers agreed to expedite the pending agreements and memorandums of understanding and to hold the first foreign office consultation where the whole gamut of bilateral relationship could be discussed.

He mentioned that the relations between the two countries have now been elevated to a strategic level. For advancing from this point, he emphasised exploring further avenues of cooperation on international issues based on common interests and goals and economic ties.

He iterated the Bangladesh government’s unwavering solidarity with the Kingdom against the recent attacks by the Houthis from Yemen. The Saudi state minister appreciated Bangladesh’s position on the Yemen issue.

Shahriar Alam expressed deep gratitude to the Bangladesh government to the Saudi King and Crown Prince for allowing all the foreign residents irrespective of their legal status to access to free COVID-19 treatment and inoculation, which saved many lives of expatriates including the Bangladesh community living in the Kingdom.

He would meet the OIC secretary-general on Monday at his office in Jeddah.