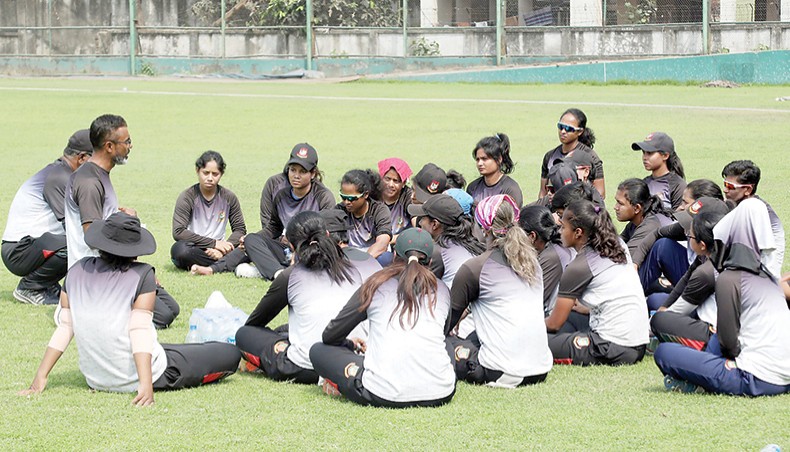 Women’s cricket is expanding its horizons in the country with Bangladesh Cricket Board organising extensive talent hunts to find and then nurture young female cricketers to form the country’s first Under-19 team ahead of hosting the maiden edition of the U-19 World Cup for girls.

The first time a women’s cricket team representing Bangladesh played a match was against Thailand in the Asian Cricket Council’s Women’s tournament back in 2007.

Before that, Bangladesh did not have a women’s cricket team.

The Bangladesh women’s team’s first major tournament was the qualifier round of 2013 Women’s World Cup which took place in 2011 in Dhaka.

But women’s cricket became the centre of attention in the country’s sporting sphere for the first time when Salma Khatun and her team beat tournament favourites India to capture the Women’s Asia Cup in 2018.

In the initial days, the board had to search for cricketers from other disciplines as there was no women’s cricket at the domestic level.

But a decade later, the picture has changed drastically with young girls showing up in huge numbers for the board trials to become cricketers, said BCB women’s wing manager Towhid Mahmood.

‘Earlier we had to look for players in other disciplines. I can recall we searched for cricketers among female hockey players. But now we are getting overwhelming response in our talent hunt programmes,’ Towhid told New Age.

To take part and make a strong impression in this inaugural event, the board has been working to form a U-19 team, which they hope will also work as the pipeline for the national team.

The current shortlisted cricketers for the U-19 team are taking part in the Bangladesh Games, which began on Saturday, which will help the board finalise the U-19 squad, said Towhid.

‘We have just concluded a camp of young cricketers at Sylhet. From that camp we have retained a few players for the Bangladesh Games.

‘The coaches got the initial idea after the first camp. Now the coaches will see them in Bangladesh Games. After the interval there will be another camp and at one stage we will trim down the squad to the core,’ Towhid said.

The board is planning to continue the training camp of the final squad till the U-19 World Cup begins.

‘We have some plans regarding the world cup. After the month of Ramadan the next camp will begin. We will continue like this till December, and if possible we will attend home or away series,’ Towhid explained BCB’s plans.

Towhid also believes that the board will no longer have to borrow cricketers from other sports as they are well on their way of setting up a pipeline of women’s cricketers.

‘Now we have an emerging team, an Under-19 team and by the end of March we will be having an Under-17 team. The countrywide trial is going on, our judges are watching the videos sent by budding cricketers and physically analyzing their skill at various venues.

‘So hopefully by the end of March, we will have an Under-17 team at our disposal,’ said the Women’s wing manager.

Jahanara Alam, an all-rounder who has represented Bangladesh in over 100 international matches, shared her account of the transformation of women’s cricket in the country, which she has witnessed firsthand.

‘A lot of things have changed, only the 22 yards have remained the same. When I started, we were sleeping on metal bunk beds, now we are staying in cozy apartments in the Women’s academy.

Towhid also told New Age that the social stigma of female cricketers is gradually getting lifted.

‘Earlier, we got players from a particular social class. Now middle-class, upper-middle class girls are also coming to cricket. Obviously we can’t pay them like the men’s team, but we are trying to improve their housing, food, facilities etc.

‘It is a continuous process. Among the teams who are now engaged in women’s cricket, we are not far behind,’ he added.