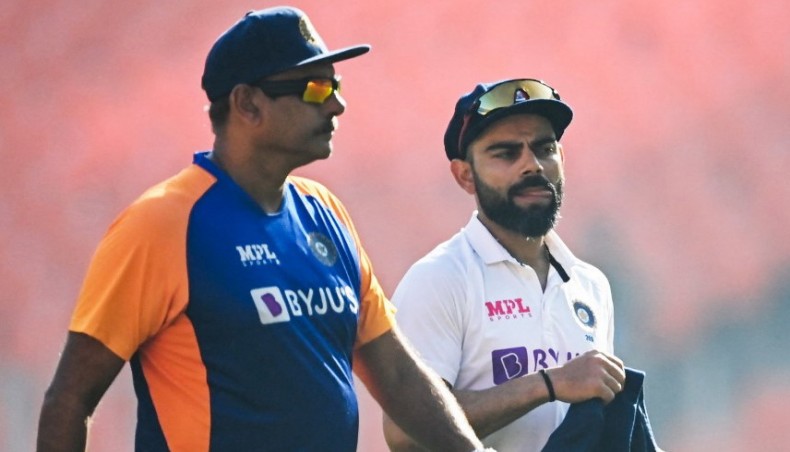 India captain Virat Kohli (R) walks with coach Ravi Shastri before the start of the fourth Test against England at the Narendra Modi Stadium in Motera on March 4, 2021.— AFP photo

India's new Test cricket heroes have pandemic-induced squad regulations to thank for getting their shot in the Australia and England series, coach Ravi Shastri said Sunday.

Given the added risk of fatigue and injuries in the ‘bio-bubbles’ needed to stage international games during the coronavirus crisis, teams have been allowed to have larger travelling squads.

Most Indian players have been in one bubble or another, with only small breaks since the Indian Premier League in September.

‘You had to dig deep and pick your best 30 players. It's a good headache to have,’ Shastri told reporters.

‘It has worked well, you would have never imagined the number of players that would have played for India, six months ago.’

All-rounder Washington Sundar and paceman T. Natarajan had an extended stay in Australia as part of the travelling squad, and have since made dream starts to their Test careers.

‘And I'm glad the youngsters who got the opportunity, have grabbed it with both hands.’

India's new talent played a key role in helping the side reach the World Test Championship final against New Zealand in June.

Sundar played a gritty knock with Shardul Thakur -- another bowler who got a lucky Test Down Under -- in India's historic Test series triumph in Brisbane and proved his mettle again with an unbeaten 96 against England on Saturday.

Left-arm spinner Axar Patel made most of his debut in the England series with 27 wickets in three matches after replacing the injured Ravindra Jadeja.