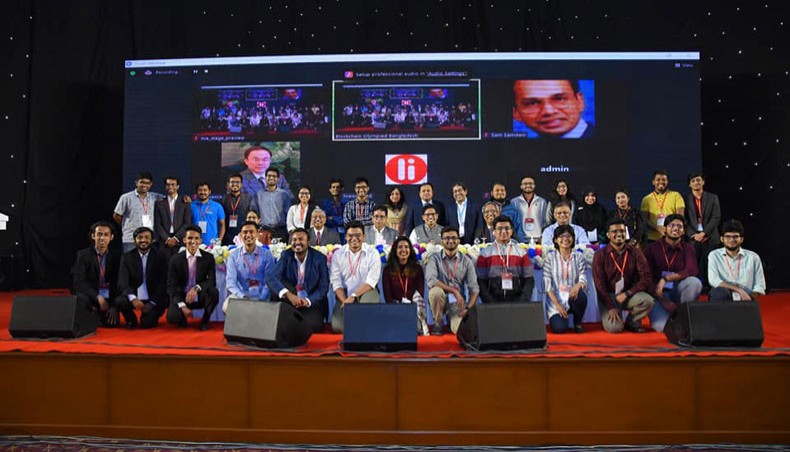 Participants pose for a photo session at the Blockchain Olympiad Bangladesh 2021 in Dhaka recently.  — Press Release

State minister for ICT division Zunaid Ahmed Palak handed over the cheque of prize money to the team at a programme on February 28 at the Bangabandhu International Conference Centre in Dhaka, said a release on Sunday.

More than 150 teams participated in the first round of the Olympiad of which 40 were selected for the final round. After several rounds of selections, the top 10 teams are finally selected.

The competition is jointly organized by the ICT Division of the Government of Bangladesh, International Blockchain Olympiad, Bangladesh Computer Council and Technohaven Company Ltd.

It will foster a genuine interest in blockchain technology and make everyone ready for this important pillar of the Fourth Industrial Revolution.

Team ‘Rompecadenas’ will represent Bangladesh in the International Blockchain Olympiad 2021 scheduled for July.