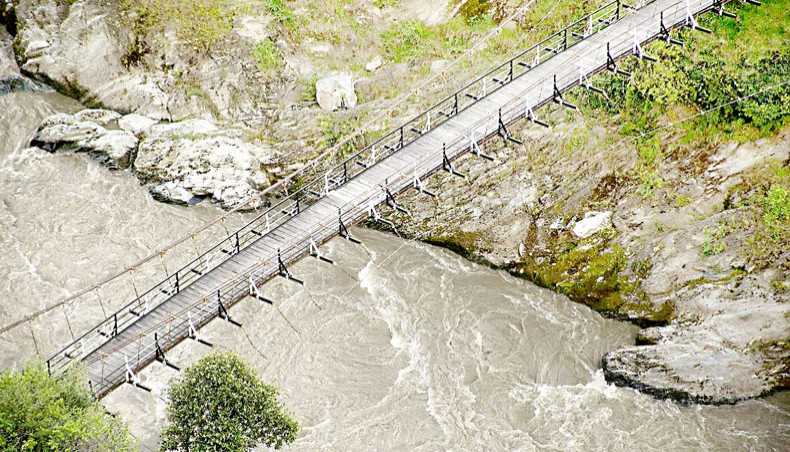 THERE is now a certain urgency to the question ‘what next’ after India and Pakistan agreed last month to a ceasefire along the Line of Control and ‘all other sectors’.

Time is a singularly unfortunate witness to an unbroken record of false dawns though. Every agreement is invariably followed by disagreement over its terms or its implementation. Every single spell of détente evaporates before our very eyes.

We are, on both sides, so accustomed to this unique phenomenon in international relations that we have not cared to ask the sincere question — why?

Now, more than ever before, we must not fail in our duty to ask — why? Pray, why?

The answer is simplicity itself — Kashmir. It has divided India and Pakistan since their birth and, indeed, well before it. Jawaharlal Nehru staked India’s claim to it in a memorandum addressed to the governor general Lord Mountbatten three months before India and Pakistan became independent. The two launched their Cold War even when they were in the embryo of history.

But by late 2006, president General Pervez Musharraf and prime minister Manmohan Singh dragged the festering dispute to the gates of a solution. The LoC would not be made permanent. It would be like a mere line on the map. Kashmiris would cross it freely enjoying self-rule: all this under an interim agreement for 15 years. History will not forgive the small minds who, for reasons personal or petty political, joined hands to unmake it. It is especially difficult to understand why some Kashmiris opposed it little realising the lasting gains the accord offered.

Will the Narendra Modi government pick up the threads and pursue the process that was interrupted in 2007? If not, the present détente will be as fleeting as its ancestors.

Lurking, however, is another issue. The disputants have ever been divided on the significance of a ceasefire. Pakistan regards it as an essential step with clear linkages to a dialogue on Kashmir. India views it as an end in itself. India armed and trained some 15,000 Tamils on its soil to force Sri Lanka’s president Jayawardene to the negotiating table. India and Sri Lanka viewed militancy in Sri Lanka very differently; as indeed do India and Pakistan the violence in Kashmir.

Sardar Patel told the UN mediator Sir Owen Dixon in 1950 that some of us ‘felt it a matter of shame’ that they could not resolve the Kashmir dispute. What emerged a few years later when the US state department papers were declassified was that Patel sent his trusted aide VP Menon in secret behind the back of prime minister Nehru to inform Dixon that the cabinet was divided; some wanted a settlement — ergo he should persist.

In an interview to the writer at Islamabad in 2002, the Pakistani foreign secretary at the time had said, ‘There has to be action by both sides … we are under the … impression that once the activity along the LoC has come to an end, there is no reason why India should not start a dialogue with Pakistan.’

Prime minister Atal Behari Vajpayee at a public meeting in 2000 in Udhampur had asked for Pakistan to withdraw its troops, following which, he said, the Indians would be prepared for talks.

It would be inadvisable to put Kashmir as the first item on the agenda of the talks. Why not begin with where matters stood at the talks in May 2014 before they were called off? Foreign secretaries can meet to survey the backlog, Sir Creek is all but settled. An accord will raise morale and perhaps put an end to restrictions that govern trade and travel. After a long gap, it is necessary to facilitate exchanges of media persons on both sides.

Consider this draft which India’s foreign minister MC Chagla had offered to his counterpart in Pakistan, foreign minister Sharifuddin Pirzada in 1967. It read ‘Talks would be earnest and meaningful and on a confidential and continuing basis. A sincere effort would be made by both sides in a friendly spirit and in conformity with the Tashkent Declaration to seek solutions of various problems existing between the two countries including Jammu and Kashmir which Pakistan regards as a basic dispute between the two countries.’

On its part, Pakistan suggested the following: ‘Talks would be earnest and meaningful and on a confidential basis. A sincere effort would be made by both sides to seek a solution of various disputes and problems existing between India and Pakistan including the basic dispute regarding Jammu and Kashmir, in a friendly spirit.’

This formulation the Indians were unwilling to accept and the discussions came to an end. ‘Was this an opportunity lost?’ This question, posed by the late Iqbal Akhund, one of the ablest diplomats South Asia has produced is relevant still — for both sides.

Dawn.com, March 6. AG Noorani is an author and a lawyer based in Mumbai.