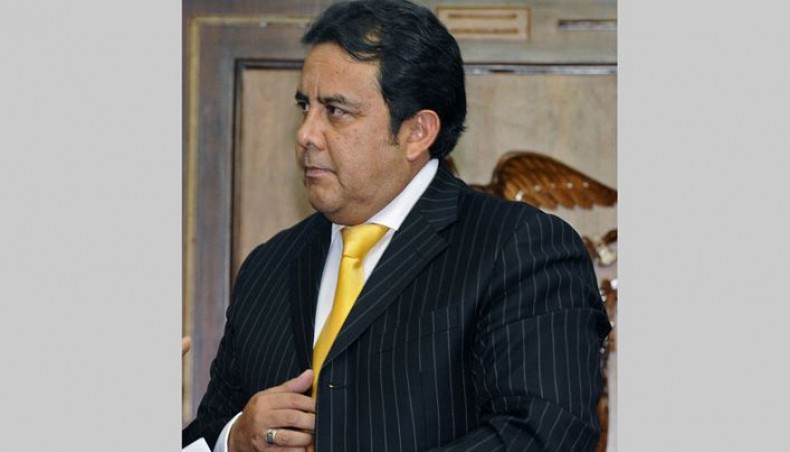 In this file photo taken on January 17, 2011 the then president of the constitutional court, Patricio Pazmino, is seen in Quito. -- AFP photo

Ecuador’s interior minister resigned on Friday in the wake of simultaneous riots in four prisons that left 79 people dead.

‘It is my own personal decision to submit my irrevocable resignation as minister,’ Patricio Pazmino said in a letter to president Lenin Moreno, which was made public on Twitter.

Pazmino, a reserve police officer, said his ‘management at the head of the ministry has been questioned,’ without giving further details.

On Monday, the national assembly called for the removal of Pazmino, as well as the head of the police and the prison service.

Pazmino’s resignation came a week after the riots, which Moreno called an outbreak of ‘barbarism.’

Authorities said the riots were triggered by clashes between rival criminal gangs vying for power and which are allegedly linked to Mexican and Colombian cartels.

Pazmino said he was also resigning for health reasons, saying he had been diagnosed for a second time with COVID-19.

He said this added complications to a serious disease which he did not identify but which he said exposes him ‘to an enormous risk and the impossibility of continuing’ in office.

Pazmino came to office last November after the removal of then-minister Maria Paula Romo over the use of expired tear gas canisters during violent protests in October 2019.