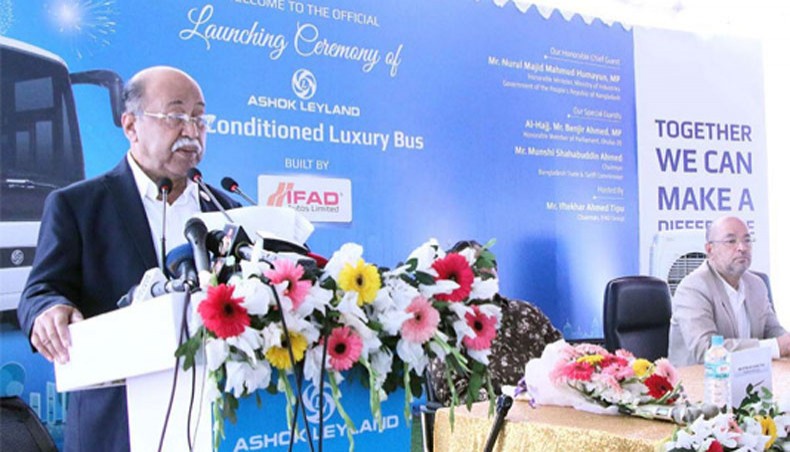 Industries minister Nurul Majid Mahmud Humayun on Thursday said that the government had taken a plan to make Bangladesh a regional automobile manufacturing hub by 2030.

The minister said this while speaking as the chief guest at the inauguration of an air-conditioned bus, commercial bus body and truck cabin manufacturing factory of IFAD Autos Limited Bangladesh, said a press release.

Humayun said that Bangladesh was creating domestic demand in the automobile industry and increasing the export capacity of domestically-produced automobile products.

He expressed the hope that the automobile industry would play an important role in achieving the Sustainable Development Goals by 2030.

Humayun said that IFAD Autos Limited had been making significant contributions to the country’s transport sector for almost three decades.