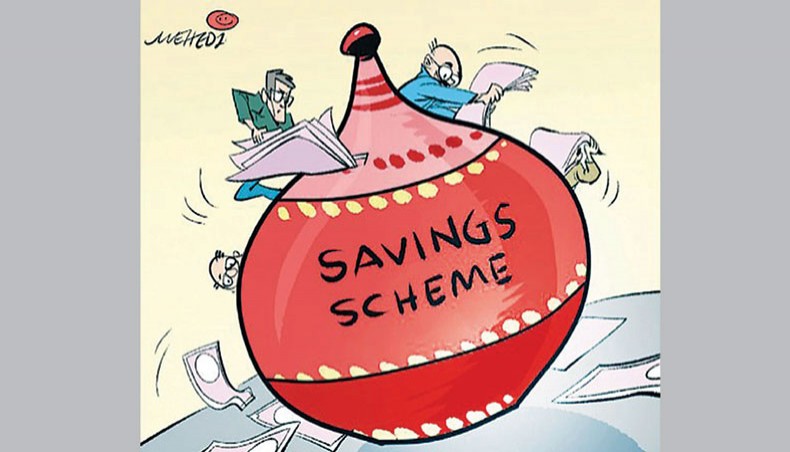 Sales of national savings certificates continues to swell with net sales reaching Tk 25,702.17 crore in the July-January period of the current fiscal year as investors found no other high-yielding investment product than the NSC.

In July-January, the National Savings Directorate sold NSC worth Tk 65,621.05 crore against its principal payments worth Tk 39,918.87 crore.

The NSD also paid Tk 18,908.24 crore in interests against the outstanding NSC.

The situation in the NSC sales changed dramatically after imposition of the 9-per cent ceiling on the lending rate on April 1, 2020 that ultimately pulled down the deposit rate ceiling in banks to 6 per cent.

Due to the credit growth plunge in the banks and nonbank financial institutions following the coronavirus outbreak coupled along with the injection of money by the central bank into the country’s economy in 2020, the banks observed a sharp spike in idle money on their hands.

In turn, many banks lowered their deposit rate to as low as 3-4 per cent, causing depositors to become discouraged to keep funds with them.

On maturity of their FDR in December 2020, the bank offered them 5 per cent yield while the return is around 12 per cent in NSC, Abdullah said, adding that the interest rate gap between the bank and the NSC is around 7 percentage points, which prompted him to invest in the national savings certificates as the returns are huge.

The balance in the government’s account was around Tk 26,000 crore at the beginning of March amid heavy sales of NSC coupled with poor implementation of the Annual Development Programme.

The government in FY2019-20 tightened the rules and regulations on sales of the savings instruments and launched an online NSC sales management system to reign in the buying spree and to get rid of costly borrowing.

As a result, the government’s borrowing through NSC dropped to Tk 14,428.35 crore in FY20 against Tk 49,939.48 crore in net sales of the NSC reported in the previous fiscal year.

Although the government’s borrowing through the NSC dropped significantly in FY20, the situation reversed in FY21 due mainly to the interest rate plunge against all sorts of deposit products in the banking sector.

Apart from individual savers, different entities might have preferred to park their funds in safe and high-yield instruments rather than keeping them in the banks with the investment climate remaining cloudy.

Given the reduced budget spending in the current fiscal year amid the COVID-19 outbreak, the government’s borrowing through much cheaper banking sources has been on the decline in the fiscal year 2021.

In order to finance the deficit, the government plans to collect Tk 1,09,983 crore from domestic sources.