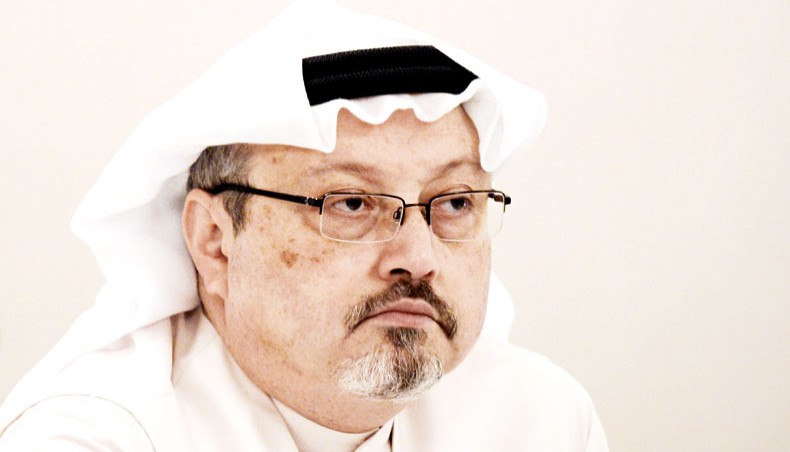 A United States that truly stood for human rights would have nothing to do with such countries — nor, for that matter, with the likes of Egypt, Turkey and Israel. But miracles are a myth. The soundtrack may have changed in America, but the movie essentially remains the same, writes Mahir Ali

THERE was nothing new in the US intelligence assessment about the murder of Jamal Khashoggi released last week. Anyone with even a few active grey cells had realised the identity of the mastermind behind the plot soon after the US-based Saudi journalist failed to emerge from a routine appointment at the kingdom’s consulate in Istanbul.

The gory details of his final minutes and the atrocious aftermath emerged soon afterwards, and even the fairly obvious conclusion reached by American intelligence agencies was reported soon afterwards. It wasn’t officially acknowledged by the Trump administration, however. In his characteristically clumsy way, Donald Trump sought to aid the cover-up as he boasted to journalist Bob Woodward, while referring to the Saudi crown prince.

Mohammed bin Salman was excluded from sanctions imposed by the US on a handful of his minions, which practically entail little more than a denial of visas should they wish to travel to America. It’s tantamount to little more than a mild rap on the knuckles.

The crown prince remains unscathed, as does the relationship established in 1945 by Ibn Saud and Franklin Roosevelt. Saudi Arabia remains too important an ally for the US to risk a rupture with, notwithstanding the deadly predilections of its crown prince.

This is hardly a singular instance, though, of realpolitik getting in the way of supposed US ideals. For successive American administrations, concerns about human rights have seldom been much more than a pretence. They are routinely heightened in the case of regimes that refuse to kowtow to Washington, and glossed over in innumerable other instances. Venezuela is red-flagged, but not Brazil. The Saudi, Emirati, Israeli and Egyptian regimes get more or less a free pass, but not Syria.

But then, it has always been thus. And that’s no surprise, given the long trajectory of US human rights violations in both the domestic and international spheres. It could be argued that the Trump administration was the personification of such abuses, but it stretches back decades, if not centuries. The main difference in recent years was that Trump saw little reason to disguise his designs.

Hence the argument that the Biden administration should revert to some blessed ideal is sanctimonious nonsense. When Mike Pompeo delivered a barrage against China’s appalling treatment of the Uighurs, but said nothing about the Rohingya, the Kurds, Kashmiris or the Baloch, among others, he was merely following a hallowed tradition. His successor, Antony Blinken, may be more careful in couching his utterances, but in effect not much has changed.

In his first foreign policy statement, Joe Biden announced an end to the sale of ‘offensive’ weapons to Saudi Arabia, given its role in the war that has devastated Yemen. But there’s no bar on ‘defensive’ weapons. The difference between the two varieties is hardly set in stone.

The supposed recalibration of relations with Riyadh was to be reflected in a White House statement on Monday, after the decision not to include MBS among the sanctioned individuals encountered a pushback from a few Democratic legislators. It was not in evidence at the time of writing, but earlier that day the Pentagon declared its relationship with the Saudis ‘remains robust’. A spokesman noted: ‘Militarily speaking, we have obligations there in Saudi Arabia and we’re going to meet those.’

What a surprise. Those ‘obligations’ include five military bases. The Saudis have lately also mended ties with Qatar, home to the biggest American base in the Gulf, after a failed effort to bring it to heel. And women’s rights activist Loujain al-Hathloul’s release last month from years of imprisonment and torture was also interpreted as an overture to the new administration in Washington.

But several other activists for women’s right to drive — which has, mind you, been allowed, ushering the kingdom into the 20th century, just 120 years too late — remain incarcerated, as do a number of members of the royal family. The latter include MBS’s predecessor as crown prince, and a prominent princess — the daughter of Saudi Arabia’s second king — and her daughter.

Basmah bint Saud has been described as an outspoken human rights advocate, and her unknown fate reflects that of two of the Dubai ruler’s adult daughters. The UAE has always liked to view itself as more socially advanced than its Saudi neighbours, but its ruling class reflects its enduring deficiencies. Abu Dhabi, meanwhile, has played a leading role in perpetrating the catastrophe in Yemen (as well as the one in Libya) with the aid of multinational mercenaries.

A United States that truly stood for human rights would have nothing to do with such countries — nor, for that matter, with the likes of Egypt, Turkey and Israel. But miracles are a myth. The soundtrack may have changed in America, but the movie essentially remains the same.